We reset the Topps Card Randomizer to come up with seven new cards to present for this week. Introducing the Random Topps Card of the Day for Monday, January 25, 2010: 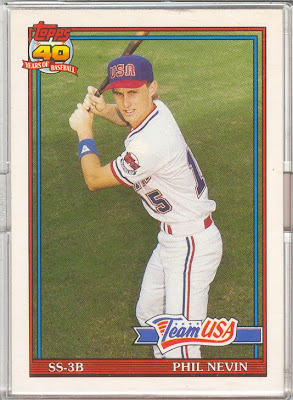 Little did we know that the Topps gimmick cards started back in 1996, with the ultra rare Phil Nevin 91 Topps front Roberto Alomar card! Oops. Seriously though I do enjoy these posts.