Thanks to the Topps Card Randomizer, introducing the Random Topps Card of the Day for Tuesday, January 5, 2010: 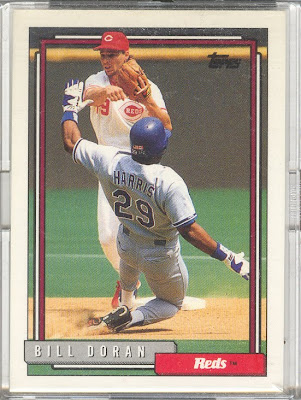 1992 was the groundbreaking for Baseball Cards Topps, Donruss and Fleer all upgraded (so it was thought at the time) their cardstock (and their prices). However there is something about these glossy, metallic, (white cardbacks) that seem impersonal and don't tug at a persons heart. I have sold most of my post 1992 cards and have only kept kept a few cards after that time.