Thanks to the Topps Card Randomizer, introducing the Random Topps Card of the Day for Wednesday, January 6, 2010: 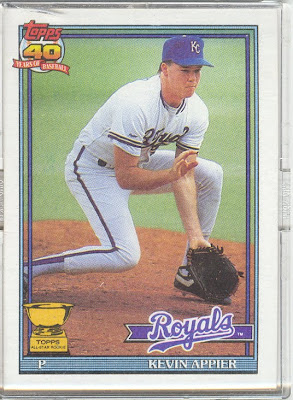 Tomorrow's card will be: 1980 Topps #300. Post will arrive at 1:00 PM CST. If you've already taken the time, you already know whose card this is. Until tomorrow.

What are the odds that Kevin Appier is the card of the day on the same day day that he got exactly one hall of fame vote? I'd say that they are slightly lower than the chances a average to below average career pitcher makes the hall of fame.