Thanks to the Topps Card Randomizer, introducing the Random Topps Card of the Day for Tuesday, January 26, 2010: 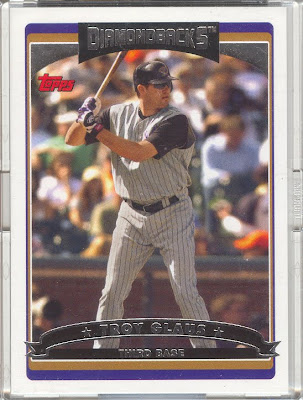 One final note. In 2006, he played for the Toronto Blue Jays. He is included in the 14-card team set as #TOR9. As you can see on the card below, the picture used on his Blue Jays card is exactly the same as the one on his Diamondbacks card, except that he is now wearing the uniform of the Toronto ball club. His two cards in the 2006 U & H set feature him as an All-Star (#UH267) and as a Home Run Derby participant (#UH290) with the Blue Jays. He has no base card in that set. 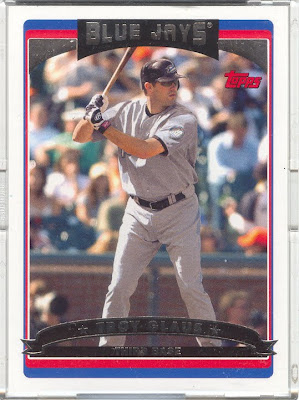