I have finally finished simulating the All-Star Games using my 1999 End of Year All-Star Teams. In this simulation, it was the power hitters of the National League vs. the power pitchers of the American League. Who would prevail? Keep on reading below.

For the official All-Star Game, I decided to just simulate one game and one game only. The starting pitchers were Martinez and Johnson and I let them pitch two innings (unless they struggled badly). The rest of the pitchers would get one inning each (unless they struggled badly). The position players were replaced every three innings. No pinch hitters here, (as in previous tries, the pinch hitter is taken out of the game), and double switches were performed on both sides this year (after figuring out how to do it properly!!!)

The starting lineups, first for the American League (I'm using 2000 Topps cards because these are the cards I used to imagine my All-Star teams): 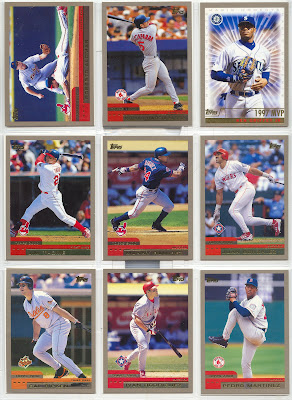 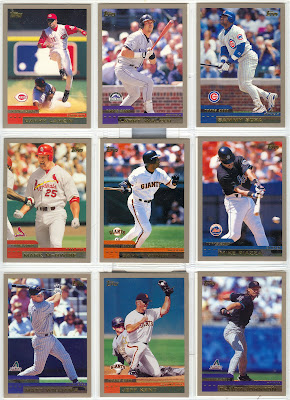 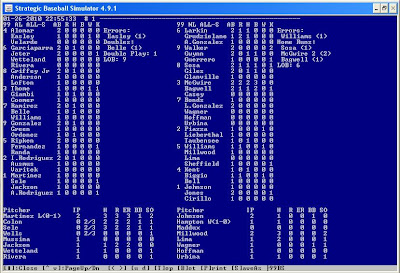 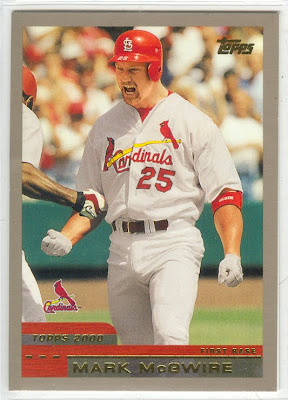 The MVP for the 1999 All-Star Game is Mike McGwire.
If this game actually existed, the MVP would have been Mike McGwire (2-2, two home runs, 3 rbi's). Mike Hampton picks up the win, even though it should have been awarded to Randy Johnson (must be recognizing that five inning rule for a win). Pedro Martinez takes the loss, and the only players who didn't get in the game were pitchers Orlando Hernandez and Roberto Hernandez (no relation) from the AL and John Rocker and Curt Schilling from the NL. One goof on my part...I had Greg Maddux ready to pitch the fourth inning, but inadvertently removed him from the game before he could even take a pitch, leaving Kevin Millwood to pitch two innings as I didn't have any pitchers warmed up. 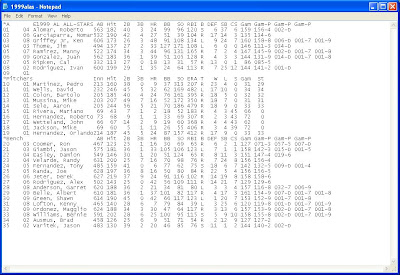 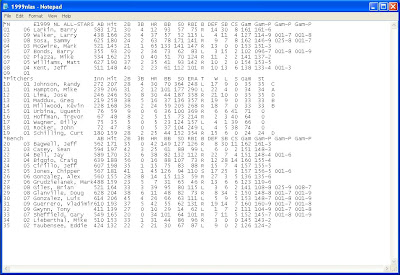 Now that the 1999 All-Star Games are officially over, on Thursday, I will introduce the 2000 End of Year All-Star teams. Simulations for games with those rosters to come by next Sunday.