I have finally finished simulating the All-Star Games using my 2003 End of Year All-Star Teams. With two very evenly matched teams, who would prevail? Keep on reading below.

So the NL wins the seven game series 5-2, including the ever important "anything goes" series. We've seen how important this seventh series seems to be when predicting a winner in the one game ASG. Will this mean a win for the NL?

For the official All-Star Game, I decided to just simulate one game and one game only. The starting pitchers were Halladay and Prior and I let them pitch two innings (unless they struggled badly). The rest of the pitchers would get one inning each (unless they struggled badly). The position players were replaced every three innings. Double switches were performed on both sides when the case allowed it.

The starting lineups, first for the American League (I'm using 2004 Topps cards because these are the cards I used to imagine my All-Star teams): 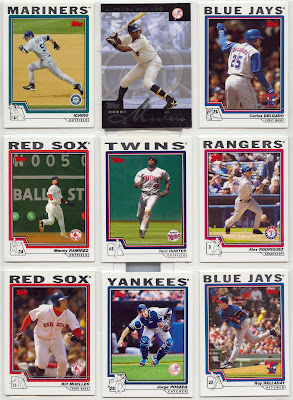 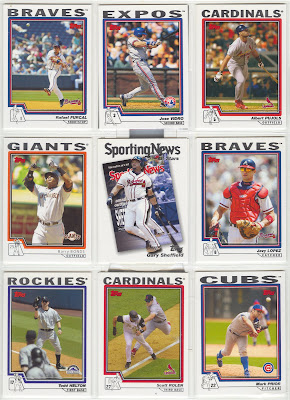 The 2004 AL All-Stars beat the 2004 NL All-Stars by a final score of 8-3. It was a mix of timely hitting plus gutsy pitching performances that helped the AL to this surprising victory. 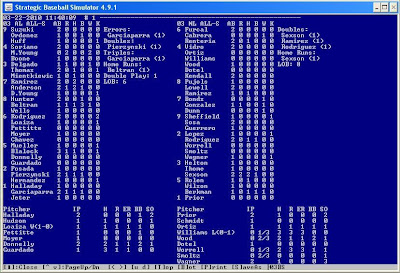 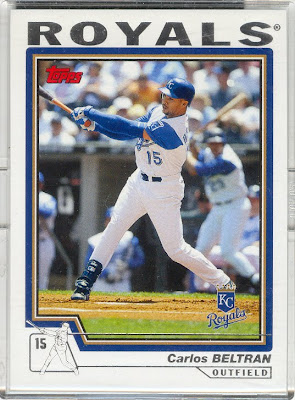 The MVP for the 2003 All-Star Game is Carlos Beltran.
If this game actually existed, the MVP would have been Carlos Beltran (1-1, 1 homer run, 3 rbi's). Esteban Loaiza picks up the win, Woody Williams suffers the loss, and the only players who didn't get in the game were pitchers Keith Foulke, Jorge Julio, Mariano Rivera, and C. C. Sabathia from the AL and Eric Gagne and Steve Trachsel from the NL.

In seventeen All-Star Series, the AL has a 9-8 lead in series play, but the NL has a 9-8 record in the one-game All-Star Game. 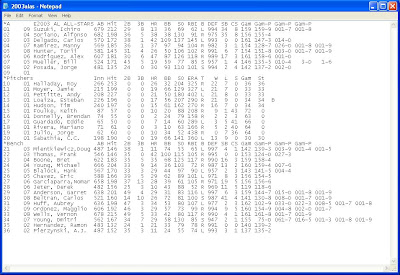 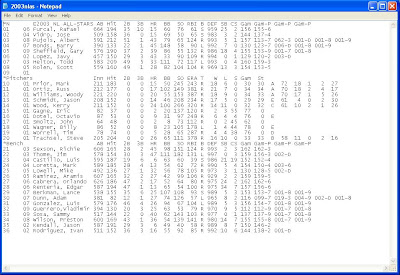 Now that the 2003 All-Star Games are officially over, on Monday, I will introduce the 2004 End of Year All-Star teams. I swear I won't take so long this time to get the simulations for games ready for next week.