This was written six years ago, but the sentiments remain the same. 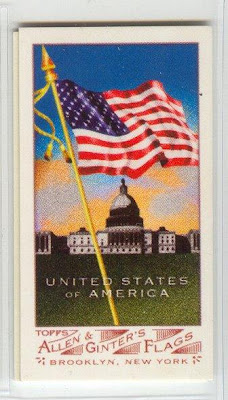 JayBee Anama
Posted by James B. Anama at 6:00 PM 2 comments:

I Guess I Can No Longer Say This...

After seven years, an exclusive with another card company, and no Topps cards other than an eTopps card from 2009 or random cameos on other player's cards (like the 2012 Topps Padres Carlos Quentin card...retail team set only)...

Yes, ladies, and gentlemen, Matt Wieters of the Baltimore Orioles now has an official, regular, eponymous, Topps card. Okay, it's part of the Update Series.

But isn't it about time??! Orioles fans can finally get a complete team set of their team.

On an unrelated note, I do have a few packs of 2016 Topps Update Series. I haven't opened them yet, but as soon as I do, pack break results will be forthcoming. 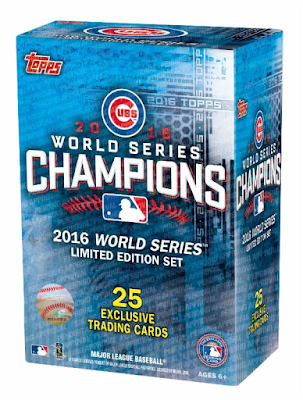 The 2016 MLB season has now come to a close. And for the first time in my lifetime, I am happy with the end results.

Yes, I know that I've seen a World Series championship in Chicago before...and nothing against the White Sox, but I did not feel the enthusiasm. But last night, I went through the wringer regarding my emotions.
Yes. I actually went into my bedroom, layed in my bed face down, and just did not want to move. I thought at that point, it was over, and that all the Indians needed was a home run and it was "Celebration Cleveland." I did not even see the bottom of the ninth because I was numb.

My daughter came into my room and asked if I was all right. Of course I wasn't all right. I was a wreck.

She actually started screaming when the Cubs scored in the 10th. I had no idea that there was a rain delay and when I came out to the living room, I had thought that the Indians had a really long bottom of the ninth. The Cubs had the bases loaded when Montero got a hit to drive in an 8th run.

After the inning ended, I was breathing really heavily. Not necessarily hyperventilating, but close enough.

After Carl Edwards, Jr. got the first two outs, and then walked the next guy, and then Rajai Davis struck again, driving in the 7th run, I had almost collapsed.

Then when Mike Montgomery induced that final groundout (which, by the way, Bryant had slipped as he was making the throw) that I thought was going to go over Rizzo's head but he caught it.

I dropped the remote control on the table and it slid into the fish tank. (Don't ask...now I need a new remote).

For the first time in 108 years, the Cubs are World Series Champions. My family was screaming. The Facebook Feed went nuts. The Twitter Feed went nuts. It was finally over. The jokes, the curses, the "Lovable Losers" nickname...all gone. The team had finally done it.

My wife wants a WS shirt for her birthday (which is tomorrow). I'm getting outfits for everyone.

And as soon as Topps comes out with the retail set celebrating the Cubs...guess who's getting one.

Congratulations to the Cleveland Indians organization. Your team was just as hungry. Your fans were just as enthusiastic. Your team was built to win, and had all the momentum on your side.

Congratulations to the Chicago Cubs. Thank you for taking this Cubs fan, and generations of Cubs fans, on the ride of a lifetime.

I'm thinking of my grandmother right now. The lady that brought me to my first baseball game back in 1988 and introduced me to the game the year before. She would have loved this and I'm sure she's watching wherever she is.

World Series Champions. Has a nice ring to it. It'll definitely make watching those "Top 20" shows on the MLB network more bearable to watch during the offseason.

JayBee Anama
Posted by James B. Anama at 8:50 AM 7 comments:

Now that the personal side of the blog has been taken care of, I would also like to take time to remember 87 more people. Between 11/02/2015 and 11/01/2016, 87 people who can lay claim to playing major league baseball, 1 of whom had the honor of being a manager of a major league franchise (even for one game), passed away. Many lived long productive lives, even after their careers ended. Others, tragically, either passed away before their potential could be fully reached or before they could enjoy the fruits of their retirement.

Today, I take time out of my humble little baseball card blog to remember: