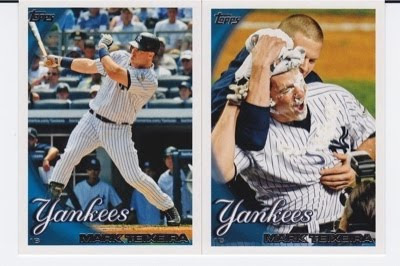 There's a gimmick for you. Courtesy of sruchris, the man who is running baseballcardpedia. Not only was this baby found on the Bay, but Chris has found four other legends SP cards (see pictures of the newly found four below). His tally: 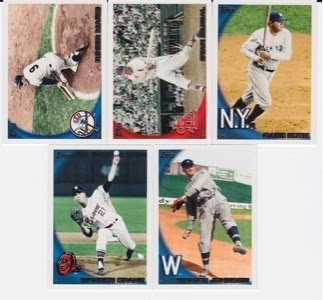 Thirteen have now been found. The "Pie in the Face" card of Tex would be akin to the CC Sabathia SP card from last year (you remember that one...one card of CC in a Brewers jersey, the SP with a Yankees uniform photoshopped?).

Just found on the Bay is another SP card. This time it's of Lou Gehrig. 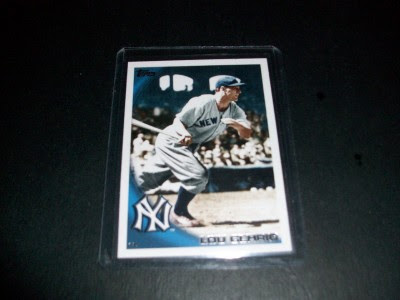 So how do we number this?:

Or should it be the other way around???

P.S. The 20 pack break from Friday will be posted either tomorrow or some time next week. I'll only announce one thing: I DIDN'T GET A SINGLE SHORTPRINT!!! jba
Posted by James B. Anama at 10:46 PM