A Unique 40th Birthday Present For Any Baseball Card Collector

Here is another post that should have been written sooner, but due to headaches and work related issues, was put on the back burner until now.

On May 2, I received an e-mail from one Alex Towbin.  He writes:


I was wondering if you had any high quality color pictures of the Topps 40th anniversary logo from 1991.

My Friend is turning 40 Wednesday (I know I am asking last minute). I bought him every #40 card from the flagship set (1951-2011). I wanted to put the 40th anniversary logo on the cover of the binder but can't get a good reproduction of it. I would appreciate any help.

I would be happy to send a picture of the completed gift.

Now I thought, "What an awesome idea for a birthday present."  He actually purchased every #40 card in Topps 60 Year History (including the 1951 Red AND Blue Backs) and put them in a binder to present this friend.  How could I NOT want to help.  I started to look around and did find a Topps 40th Anniversary Logo for him (good thing I kept those Topps Magazines).

I mentioned what an awesome idea this was, and that with his permission, I'd love to write about it on the blog.  I'd definitely like a picture of the gift once it's given.

He sent an e-mail back, thanked me for the logo and said that he was able to edit the image to make the background white: 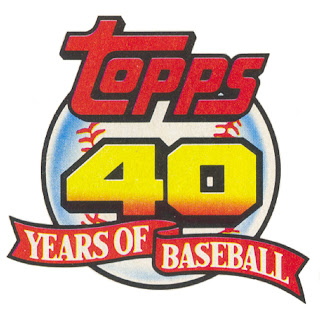 Nice job.  His last email came with pictures of all 62 cards, all #40.  Now keep in mind that many of these cards, because the number ends in "0", features a number of stars, and HOF's.  So this was not necessarily a cheap undertaking.  Take a gander below to see the fruits of this man's labor: 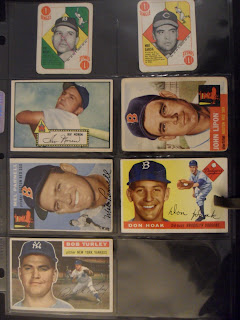 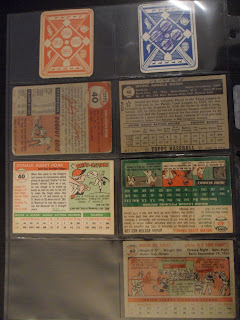 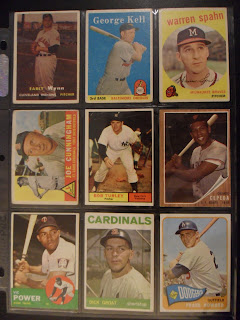 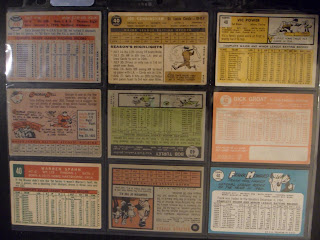 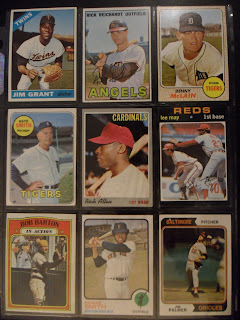 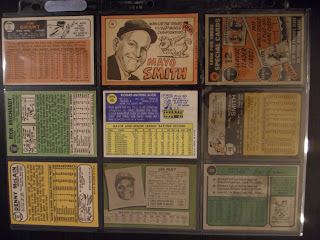 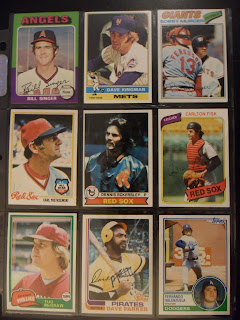 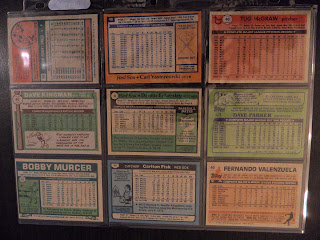 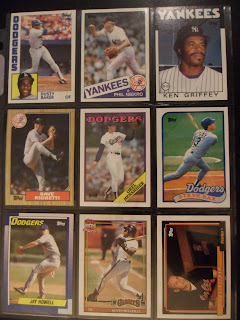 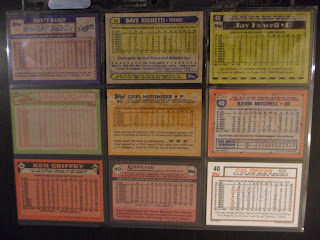 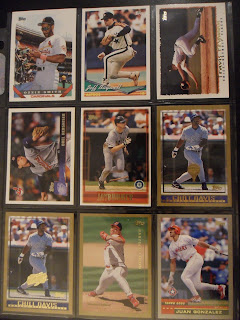 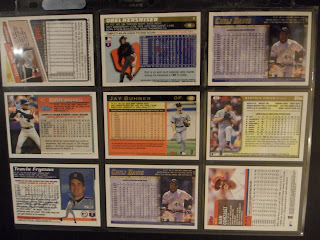 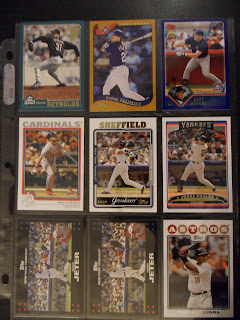 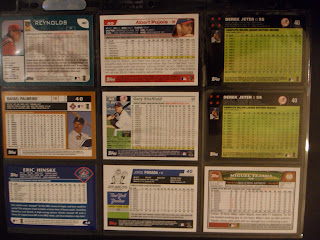 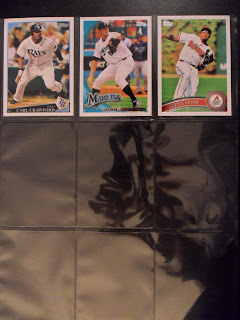 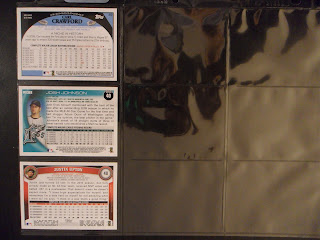 Yes, I had to show all 16 pictures.  And yes, his #40 collection includes both versions of the infamous Derek Jeter #40 card from 2007.  This is an incredible achievement.  And, I can't say this enough, what an awesome birthday present.

JayBee Anama
Posted by James B. Anama at 7:54 PM

Seriously, though, that's one hell of a friend (probably the kind who actually pays attention when his friend starts ranting about cards) and he did a great job.

My 50th birthday is this year. Hint. Hint.

What a thoughtful present!

Awesome!!! That would be a hell of birthday present. Hhhhhmmm I wonder what the #73 (year born, not age) would look like ...

What a great idea and a great gift for a guy that loves baseball cards. And one nice thing with you picking card #40 is that, traditionally, Topps usually "stars" on the 10-divisible card numbers.

oops, I meant to say Topps usually *puts* stars on cards whose number is a factor of 10.

Very cool gift! Thanks for sharing!