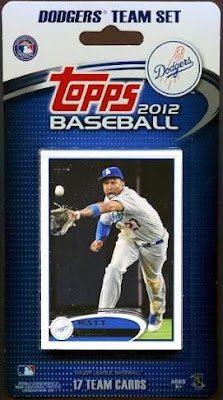 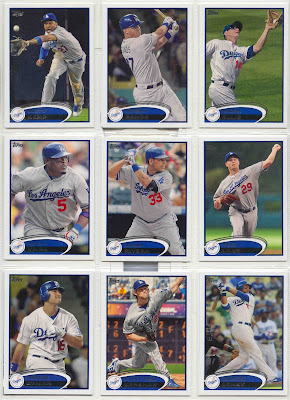 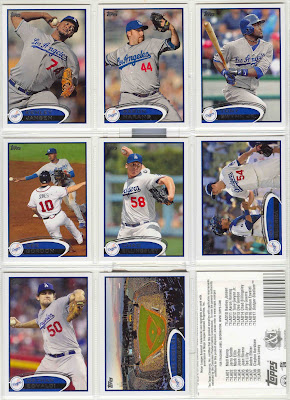 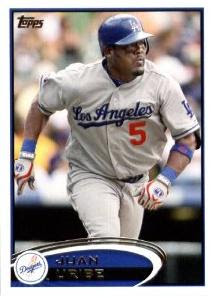 So of the 16 players included in this set, two feature pictures of players that you will only find in the retail set.  The rest are either close ups of their base cards (not counting the SP cards of Kemp and Kershaw, and the second card of Gordon).

Next week's featured set will be the 2008 Washington Nationals. Hope you'll be here when we compare the cards from the retail set to their counterparts found in Topps and Topps Updates and Highlights.

Email ThisBlogThis!Share to TwitterShare to FacebookShare to Pinterest
Labels: 2012, retail set of the week, topps

Awful lot of road jerseys in that set.