Thanks to the Topps Card Randomizer, introducing the Random Topps Card of the Day for Wednesday, January 09, 2013: 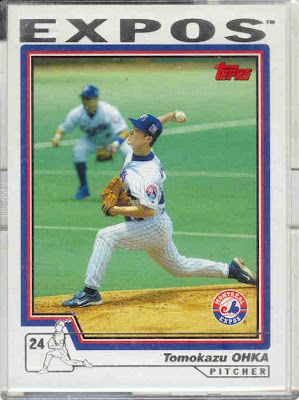 One of the things I really love about collecting cards are the unique (read: odd) images and especially the backgrounds we get to enjoy. I'm guessing the Expos weren't playing at home this day add it looks like a field shared with football...?