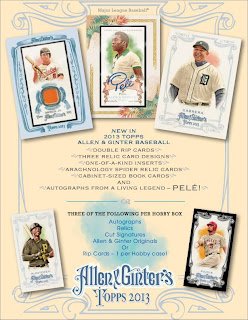 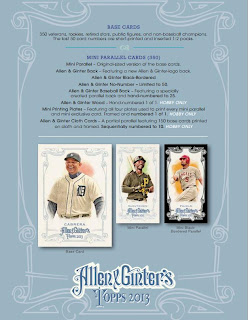 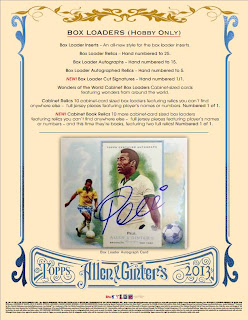 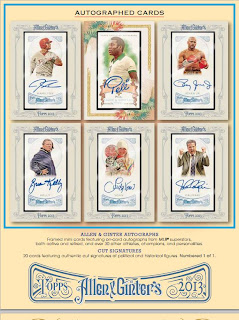 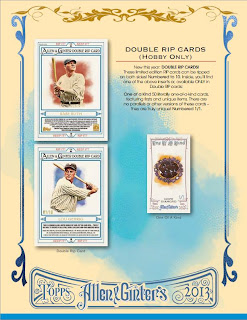 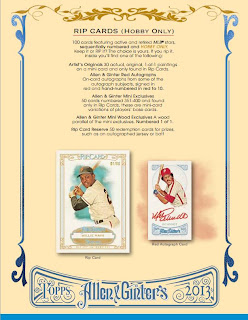 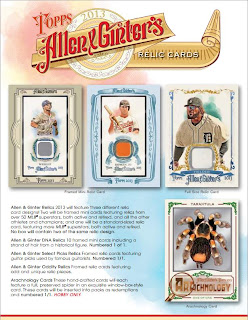 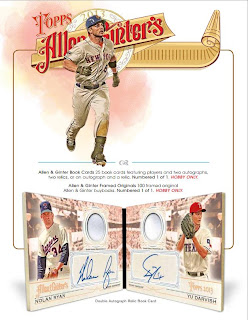 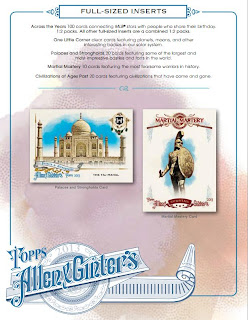 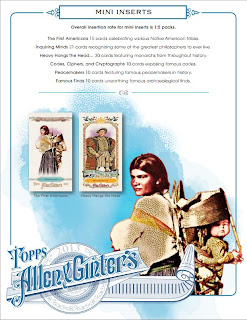 There is so much to discuss...where to begin?

The preliminary checklist of 350 cards (subject to change) features a lot of current and former players, as well as a mix of non-baseball related subjects.  While there was no mention of the non-baseball people listed in with the base set, the autograph section mentions the following people:

Now many case breakers say a master set (base cards plus SP base cards plus basic inserts) will include the baseball insert set as part of their auctions.  This year's baseball insert set is the 100-card Across the Years set, which connects MLB star with other people who share their birthday.  Others will include the any other (non SP'd) regular-sized (the 2½ x 3½ inch) insert sets.  This years sets include:
Mini insert collectors (and there are many) will want to look out for:
And you know that Topps will have other sets that they aren't going to announce thrown into the product.

Last year, Topps included cards of butterflies and other insects.  This year...it's Arachnology...a redemption set of 1 of 1 cards featuring actual spiders.  I think I'll stay away from that one, thanks.

Missing from the sell sheets, and it doesn't mean that they might not do it, are the cards that you could plant flowers with or make a colony of sea monkeys with.  One glaring omission I'm going to throw out there...

Where is the Ginter Code???

Are we returning to Willow Cove? Wasn't there supposed to be a sequel featuring the folks from the town?  Who knows.  Will the boys who cracked the case, as well as previous Ginter Code breakers get together for a special group signing?

The fact that this set reaches a wide audience, and is a set collector's dreams, has made Allen & Ginter's a must to collect since it's inception in 2006.  It looks like in it's eighth year of production, Topps is continuing the tradition that was started back in 1886.

I'm not the biggest A&G fan, but I like the things they're doing.

One thing I don't like - the spider set. A straight copy off of UD's entomology set. They don't need to copy of UD.

Design-wise, they're really taking the ball and running with it. As far as subjects go, this year may not be the best A&G set, but it's just "quirky" enough to still be interesting.

Do you know how I can get a card?