Thanks to the Topps Card Randomizer, introducing the Random Topps Card of the Day for Friday, January 04, 2013: 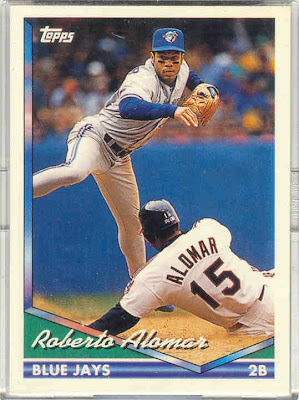 This is one of the best Alomars I've ever seen.

Also, Roberto just got married this past December! How 'bout that?