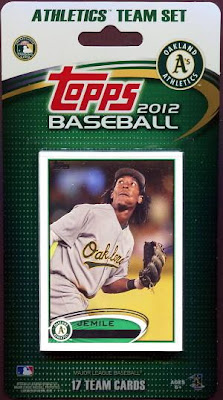 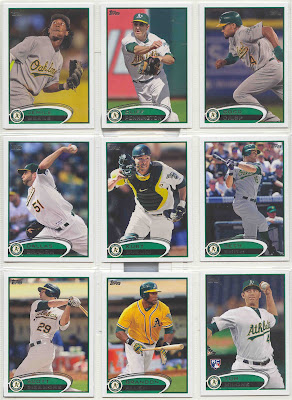 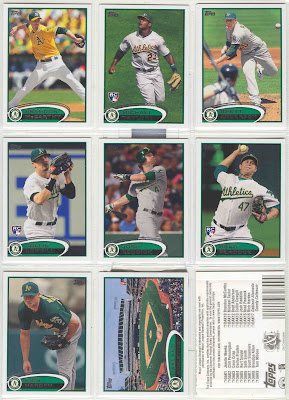 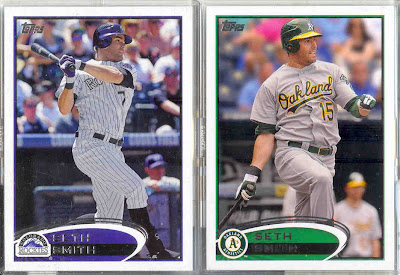 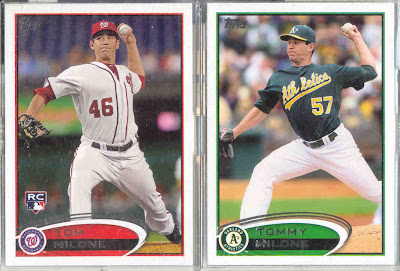 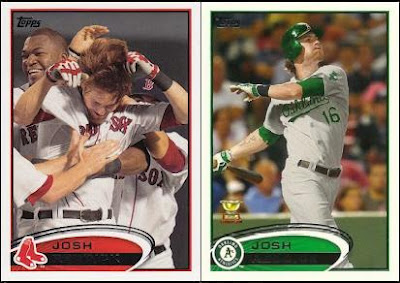 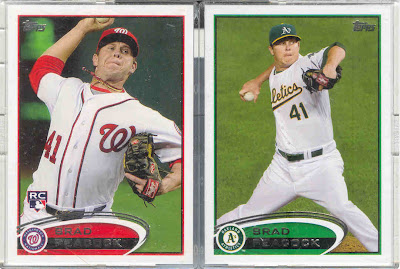 So of the 16 players included in this set, eight feature pictures of players that you will only find in the retail set.  The Reddick card threw me for a loop, but then I remembered that it was an SP.  Nice to see that the retail set used the same picture, but without the Rookie Cup (the same situation here with Blue Jays catcher J. P. Arencibia).  The 2012 retail sets contained a lot of variations between the eponymous base and traded sets and the retail ones, which is great if you're a fan of team sets and want a bit more variation to your regular cards.  Speaking of 2012...

Next week's featured set will be the 2012 Los Angeles Angels of Anaheim. Hope you'll be here when we compare the cards from the retail set to their counterparts found in Topps and Topps Update Series.