Thanks to the Topps Card Randomizer, introducing the Random Topps Card of the Day for Monday, January 14, 2013: 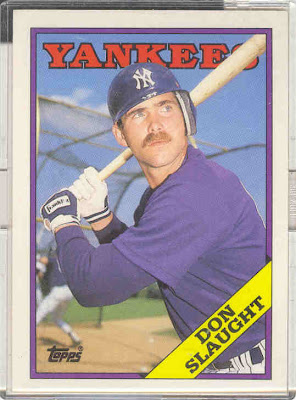 He always makes me think of Sgt. Slaughter from G.I.Joe. The mustache helps.