I have finally finished simulating the All-Star Games using my 1992 End of Year All-Star Teams. And this will mark the first time that a team loses the seven-game simulation series and wins the one-game All-Star Game. And even though I spent most of my weekend watching the real All-Star Game highlights on the MLB Network (I love that station), the one game simulation, if it was a real game, would have ranked among the best All-Star Games...EVER!!!

So the AL wins the regular series 5 games to 2. Would they fare just as well in the one-game ASG???

For the official All-Star Game, I decided to just simulate one game and one game only. The starting pitchers were Maddux and Brown and I let them pitch two innings (unless they struggled badly). The rest of the pitchers would get one inning each (unless they struggled badly). The position players were replaced every three innings. No pinch hitters here, (as in previous tries, the pinch hitter is taken out of the game). The DH's (Mark Grace of the NL and Frank Thomas of the AL) were never replaced.

The starting lineups, first for the National League (I'm using 1993 Topps cards because these are the cards I used to represent the players on my All-Star teams): 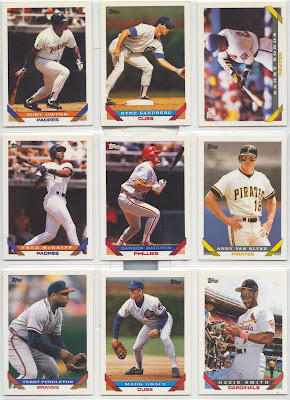 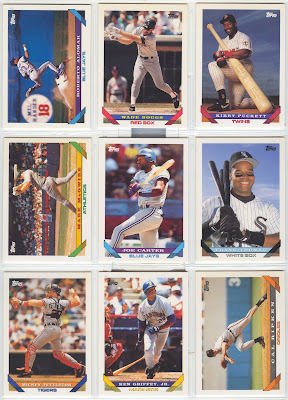 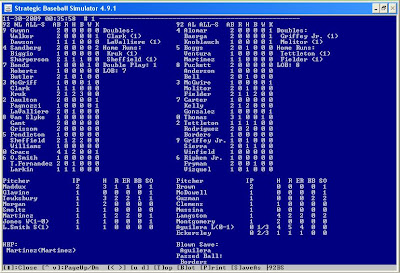 Your starters, Greg Maddux and Kevin Brown. John Kruk is the MVP.
So the National League, who didn't even get their first hit until the fifth inning on a Gary Sheffield single, scores six runs in the top of the ninth, coming back from a 5-2 defecit to win the game 8-5. If this game actually existed, the MVP award would have gone to John Kruk (2-2, 1 hr, 3 rbi's, breaking the game open in the ninth). Doug Jones picks up the victory, Rick Aguilera takes the loss, and Lee Smith picks up the save, and the only players who didn't get in the game were pitchers Norm Charlton & Sid Fernandez from the NL and Charles Nagy from the AL. 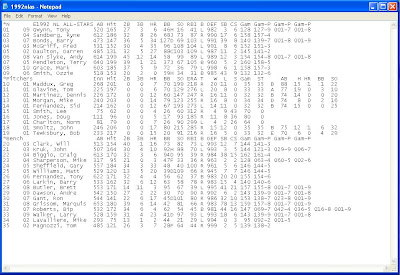 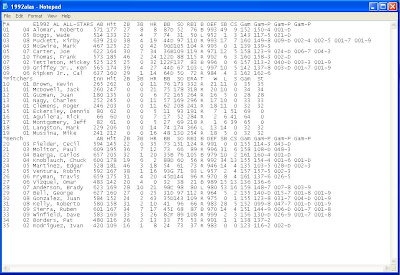 Now that the 1992 All-Star Games are officially over, at noon on Wednesday, I will introduce the 1993 End of Year All-Star teams. Simulations for games with those rosters to come hopefully by Sunday night.

The computer rates Kevin Brown a lot higher than I do!

Man, I gotta tell you I love these. Keep up the great work!