Thanks to the Topps Card Randomizer, introducing the Random Topps Card of the Day for Thursday, February 11, 2010: 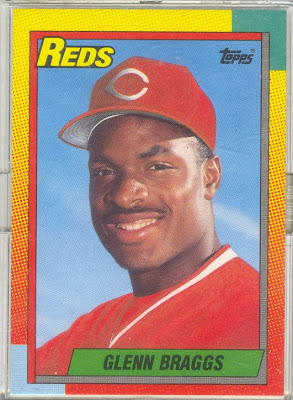 This guy was a monster. I'm not sure how much he actually helped out the 1990 championship team, but it was fun watching him break the bat without even touching the ball. That's how powerful his swing was!