Thanks to the Topps Card Randomizer, introducing the Random Topps Card of the Day for Wednesday, February 10, 2010: 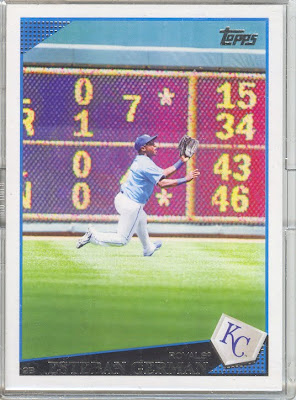 A Unique Photo, it is cool if one or two of these are included in the whole set (but not too many). Did anyone figure out when this photo was taken (based on the scoreboard)

Did you see Topps hired a new CEO the other day? Ryan O'Hara, was president of TV guide