I have finally finished simulating the All-Star Games using my 2001 End of Year All-Star Teams. Featuring a number of players who would dominate the headlines in the first decade of the new millennium, who would prevail? Keep on reading below.

So the NL wins the seven game series 4-3, coming back from a 3-1 deficit. And they win the ever important "anything goes" series. We've seen how important this seventh series seems to be when predicting a winner in the one game ASG. Will this mean a win for the NL?

For the official All-Star Game, I decided to just simulate one game and one game only. The starting pitchers were Clemens and Johnson and I let them pitch two innings (unless they struggled badly). The rest of the pitchers would get one inning each (unless they struggled badly). The position players were replaced every three innings. Due to a bit of a glitch, (me forgetting to replace the defense in the seventh inning), pinch hitters are used in the bottom of the seventh, slowly inserting the third defensive unit into the game. Double switches were performed on both sides when the case allowed it.

The starting lineups, first for the American League (I'm using 2002 Topps cards because these are the cards I used to imagine my All-Star teams): 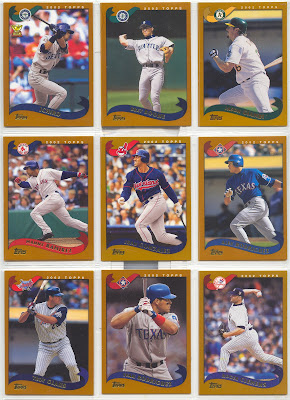 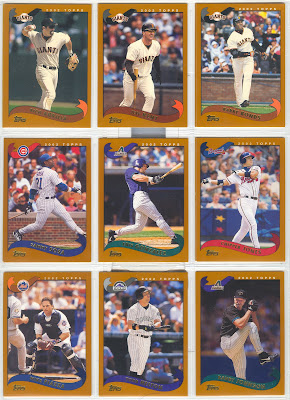 The 2001 NL All-Stars blank the 2001 AL All-Stars by a final score of 4-0. The game was dominated by the pitching squads on both sides, but the NL squad takes the game, due in large part of a Roger Clemens meltdown in the first. 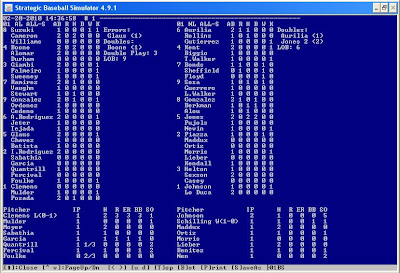 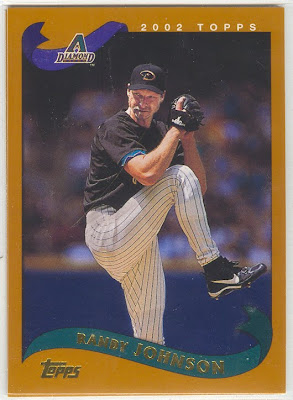 The MVP for the 2001 All-Star Game is Randy Johnson.
If this game actually existed, the MVP would have been Randy Johnson (2 innings, five strikeouts). Curt Schilling picks up the win, even though it should have been awarded to Johnson (the simulations does take into account the five inning rule for a win). Roger Clemens takes the loss, and the only players who didn't get in the game were pitchers Joe Mays, Mariano Rivera, and Kazuhiro Sasaki from the AL and Kyle Farnsworth, Jon Lieber, and Trevor Hoffman.

In fifteen All-Star Series, the AL has a 8-7 lead in series play, but the NL has a 9-6 record in the one-game All-Star Game. 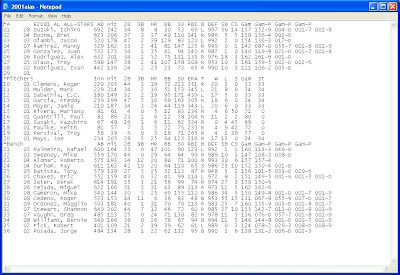 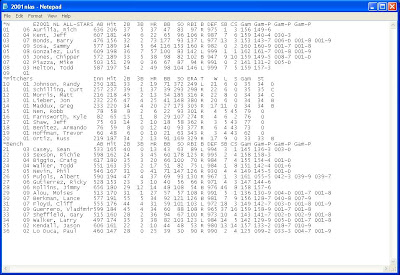 Now that the 2001 All-Star Games are officially over, on Monday, I will introduce the 2002 End of Year All-Star teams. Simulations for games with those rosters to come by next Sunday.