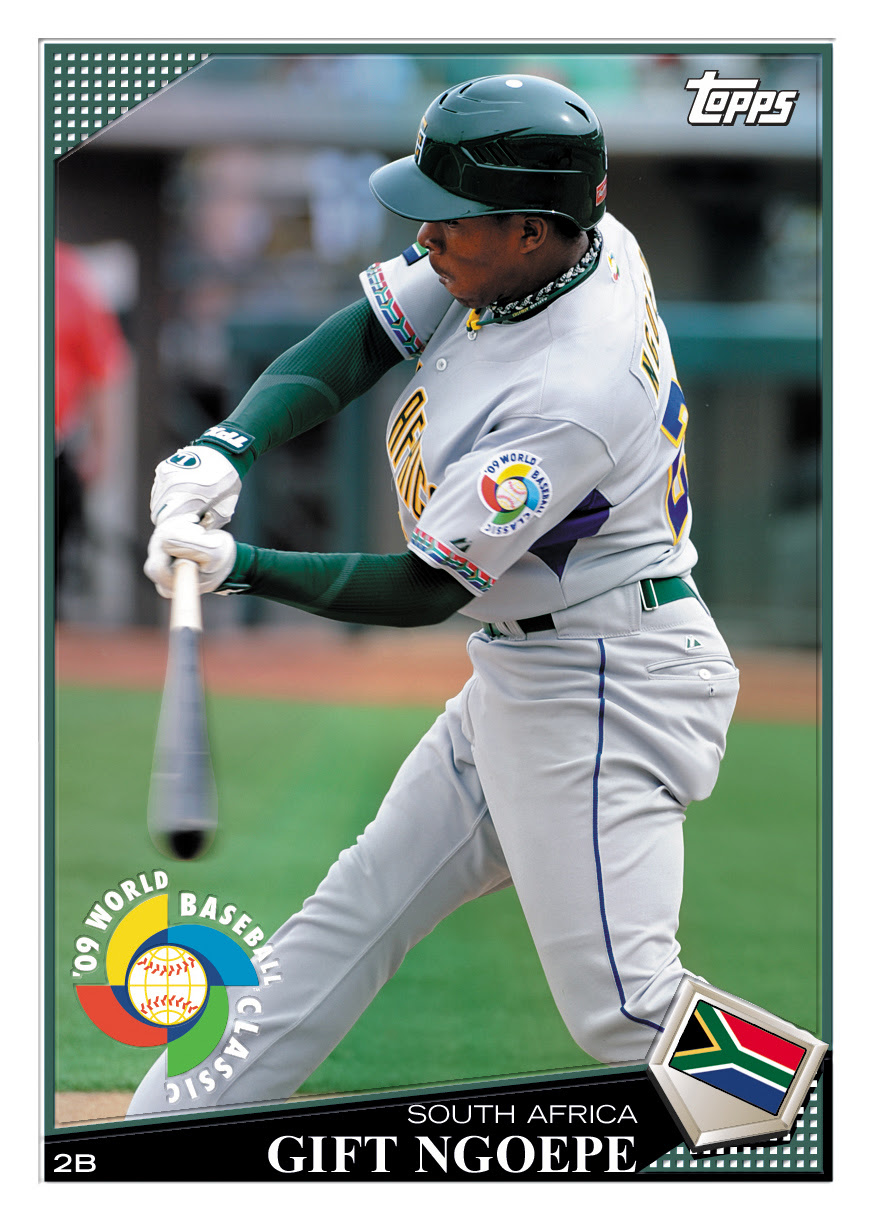 Those holding those World Baseball Classic Redemption cards better get them logged in to Topps quickly as it has just been announced that card #3 is of Gift Ngoepe of the South Africa, #4 is of Ubaldo Jimenez of the Dominican Republic, and #5 is of Sidney De Jong of The Netherlands.

In two games games, (as of March 19, 2009), Ngoepe, a second baseman in the Pirates organization, went 2 for 5, both hits being triples, and finished with a .286 batting average. South Africa was not able to get past the first round. 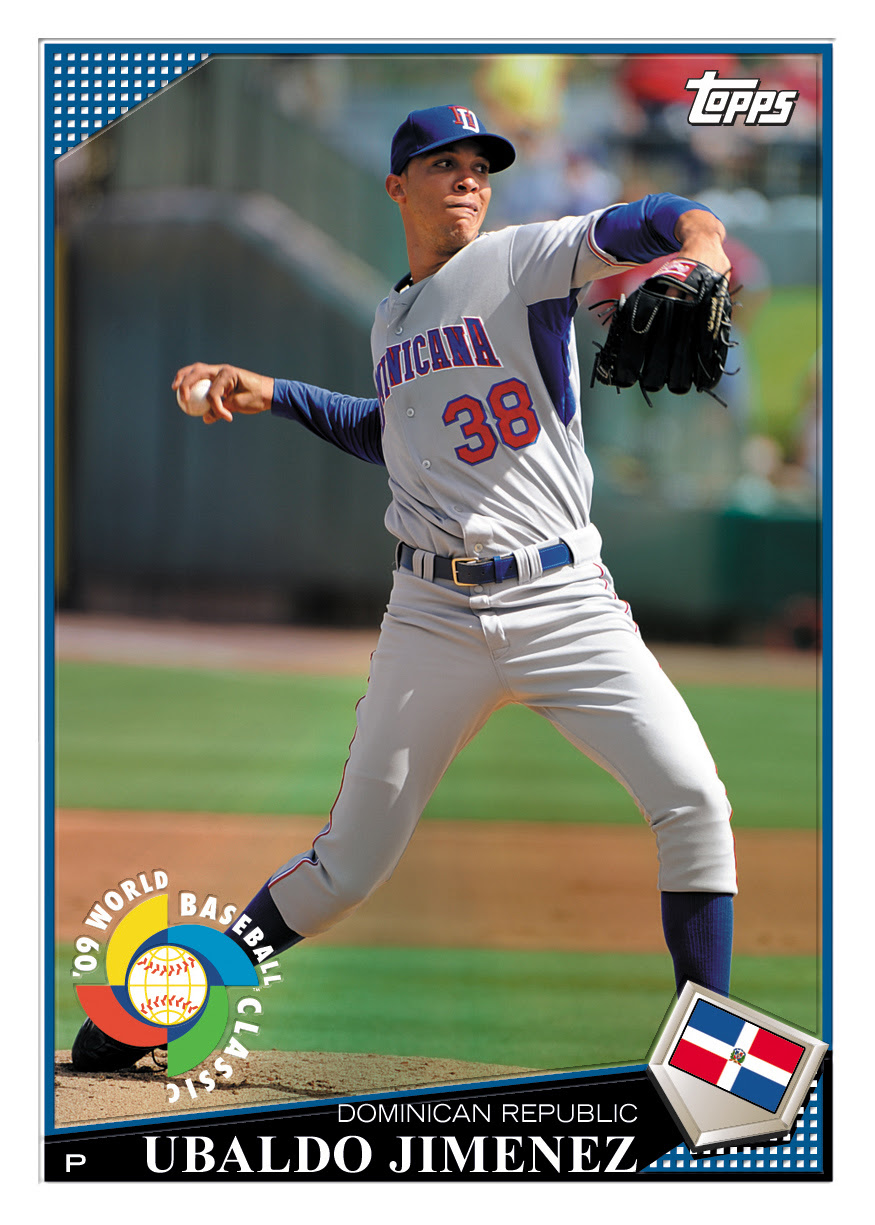 Ubaldo Jimenez started the third and final game for the Dominicans against the Netherlands. In his lone start, he pitched four innings, gave up two hits, no runs, and struck out ten. Unfortunately, errors cost the Dominicans as they were eliminated in an 11-inning game by the score of 2-1. 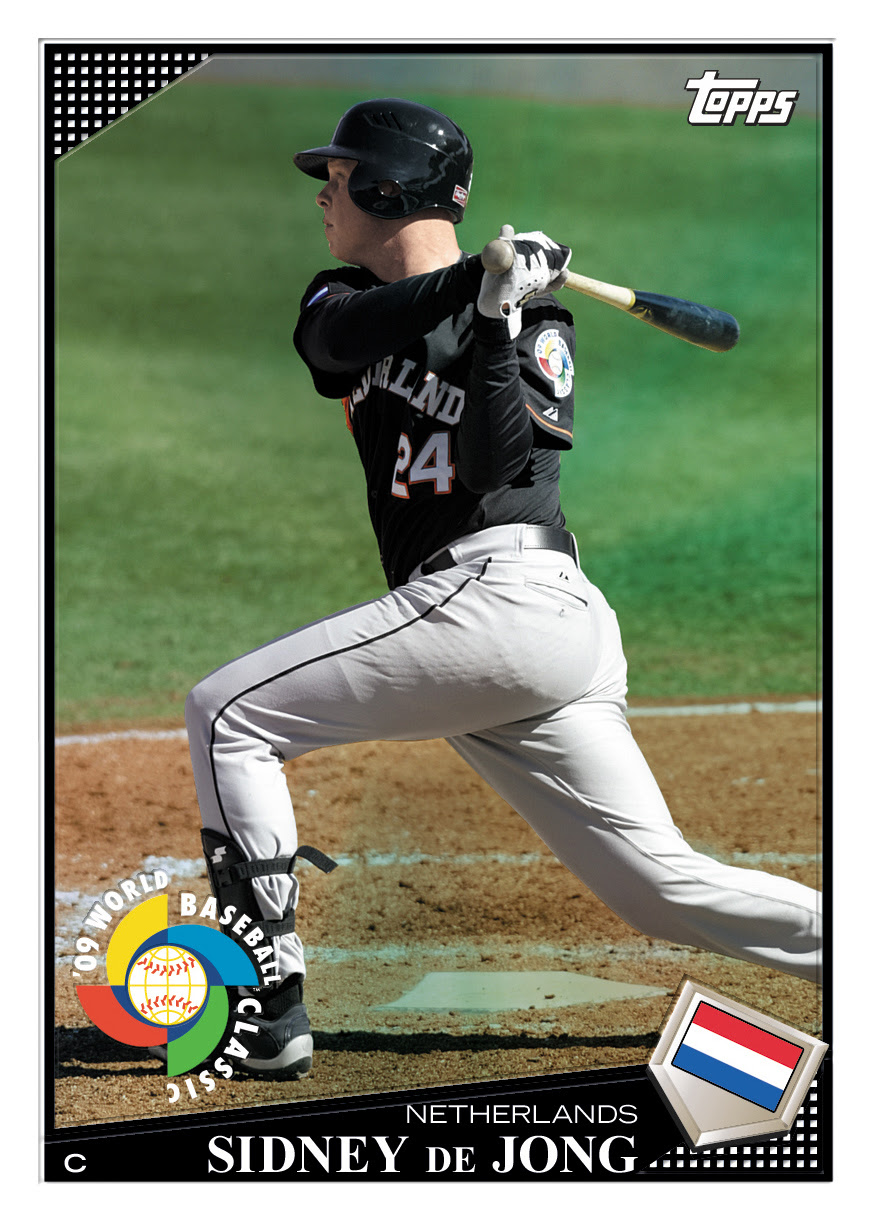 In four games (as of March 19, 2009), de Jong, catcher for The Netherlands, went 5 for 10, scored one run, and hit one double. The Netherlands were eliminated in the second round of play.

None of the cards are autographed. For fans of either the South African, Dominican, or Dutch teams, you will certainly want to add these cards to your collections. So for those of you with Redemption card #'s 3, 4, & 5, START REDEEMING!!!

JayBee Anama
Posted by James B. Anama at 4:10 PM

Is it just me, or are the WBC redemption cards not very exciting?

Aw heck, I got some Korean dude. I wonder if he is any good?