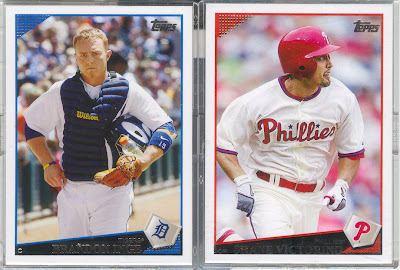 You've heard of "TomKat," you've heard of "Bennifer," meet "Bran-Torino!!!"
The fans have voted, and did so in record numbers. Thanks to the more than 26 million fans combined, both Brandon Inge of the Detroit Tigers and Shane Victorino of the Philadelphia Phillies are going to the All-Star Game!!!

"Bran-Torino" as they have now been dubbed, overcame early leads from Ian Kinsler and Pablo Sandoval to win spots on the All-Star teams. More than eleven million votes were cast for Inge, which is now a record for AL voting, who now joins three of his Tigers mates. Fifteen million plus votes were cast for Victorino, who also joins three of his fellow Phillies at the ASG.

With Carlos Beltran currently on the DL, Brad Hawpe of the Rockies, as the OF with the most player votes outside of the original starters, will start in his place. We will have to wait and see who Charlie Manuel adds to the roster. I'm pretty sure that we haven't seen the last of the other four "final man" candidates before Tuesday's game.

JayBee Anama
Posted by James B. Anama at 6:24 PM

Don't blame me, I voted for Ian Kinsler!