Pedroia, Broxton, and Cain Out of the ASG, Peña, Hoffman, and Duke Named Replacements.

More roster moves have been made as we get closer to ASG Tuesday!!! 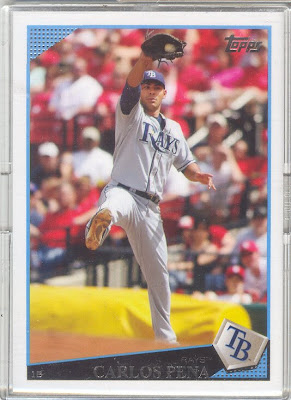 It has just been announced that AL second baseman Dustin Pedroia has decided not to participate in the ASG to be with his wife who is seven months pregnant and has been in the hospital since with complications. He will be replaced in the starting lineup by Aaron Hill of the Toronto Blue Jays and his roster replacement will be Carlos Peña of the Tampa Bay Rays. With first baseman Peña on the team, all four TB infielders are now on the ASG roster (along with 2B Zobrist, 3B Longoria, and SS Bartlett). 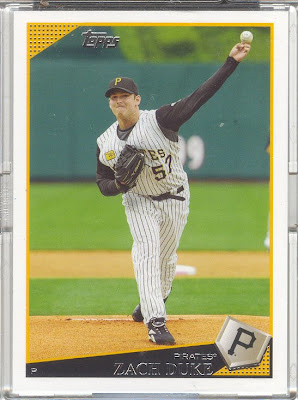 On the NL side, Giants starter Matt Cain was struck near his right elbow by a line drive on Saturday and won't be able to play on Tuesday. Replacing him on the roster will be Pittsburgh Pirates starter Zach Duke, who joins 2B Freddy Sanchez on the NL squad. Duke's 2009 Topps card numbers are #303 and #PIT6 on the 15-card team set. 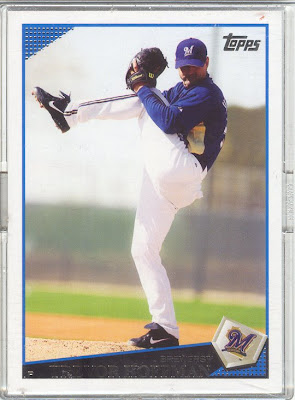 Meanwhile, Dodgers reliever Jonathan Broxton will not be participating in the ASG due to an injury suffered after Friday's late inning ballgame against the Brewers. Ironically, his replacement is the closer from the opposing team, all-time save leader Trevor Hoffman. The Brewers' relief pitcher will be making his seventh appearance on an ASG roster, his first with the Brewers. He will be joining 1B Prince Fielder and OF Ryan Braun on the NL side. Hoffman's Topps card numbers are #368 and #MIL7 on the 15-card team set.

It is crazy to think how far the Rays have advanced in such a small time. To have all their infielders on the All Star team is something you would expect from the Yankees or Red Sox.