Thanks to the Topps Card Randomizer, introducing the Random Topps Card of the Day for Thursday, April 22, 2010: 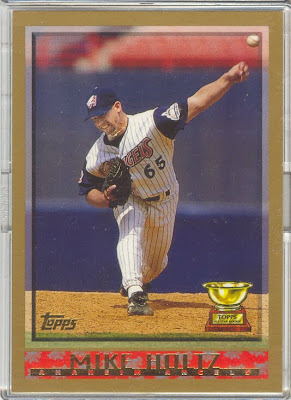 Are these cards all in holders or is that a graphics design technique?