Thanks to the Topps Card Randomizer, introducing the Random Topps Card of the Day for Friday, April 16, 2010: 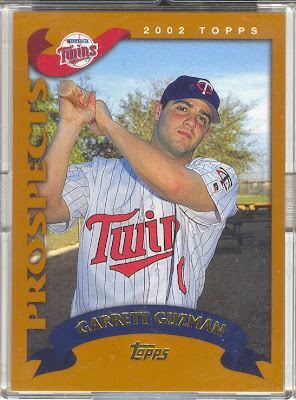 There's actually dozens of cases FOR the rules they finally adopted regarding rookies. Topps ruined a lot of their Major League sets back then by including these bozos and never-would-be's wearing the hats and warmup jerseys of teams they would never be good enough to play for. I kept wondering when they would start putting 7th and 8th graders on the cards in the misguided and silly effort to be THE FIRST, but the new rules came in just in time to save the day.

Another in a long line of bad changes Topps made in order to keep up with the 'competition'.