I have finally finished simulating the All-Star Games using my 2005 End of Year All-Star Teams. In 18 years worth of simulations, both the NL and the AL are tied at 9 wins a piece in both the seven-game series and the 1 game ASG. In the 19th edition of this All-Star simulation, which league will come out on top? Stay tuned.

For the official All-Star Game, I decided to just simulate one game and one game only. The starting pitchers were Buehrle and Carpenter and I let them pitch two innings (unless they struggled badly). The rest of the pitchers would get one inning each (unless they struggled badly). The position players were replaced every three innings. Double switches were performed on both sides when the case allowed it.

The starting lineups, first for the American League (I'm using 2006 Topps cards because these are the cards I used to imagine my All-Star teams. It's getting harder and harder to find all the cards of the starters in the regular Topps designs because they've taken the liberty to update the teams too quickly): 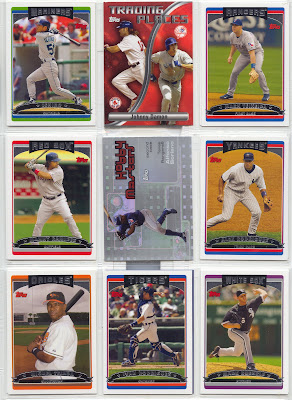 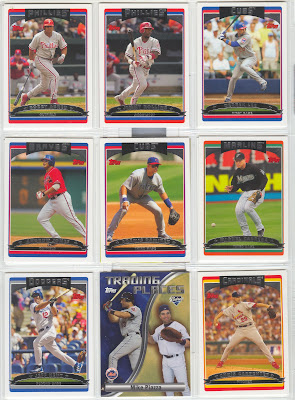 The 2005 NL All-Stars beat the 2005 AL All-Stars by a final score of 8-2. Dominant pitching by the NL, plus key hits helped the NL snap it's three game losing streak. 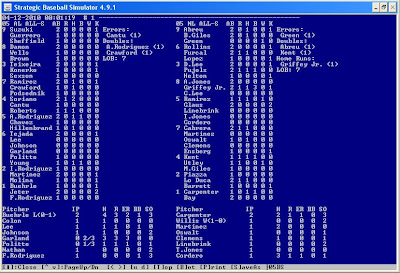 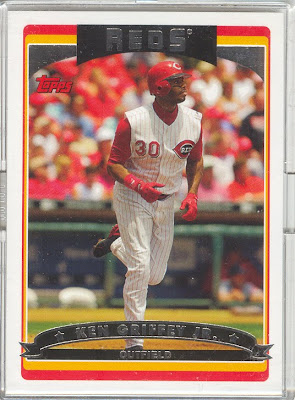 The MVP for the 2005 All-Star Game is Ken Grifey, Jr.
If this game actually existed, the MVP would have been Ken Griffey, Jr (1-2, 1 home run, 3 rbi's, two great defensive plays in center). Dontrelle Willis picks up the win (even though it should have gone to Carpenter), Mark Buerhle suffers the loss, and the only players who did not get in the game were pitchers Mariano Rivera, Johan Santana, & Bob Wickman of the AL and Chris Capuano, Trevor Hoffman, & Brad Lidge of the NL.

In nineteen ASG simulations, the NL now also has a 10-9 lead over the AL in both the seven game series and the one game All-Star Game. 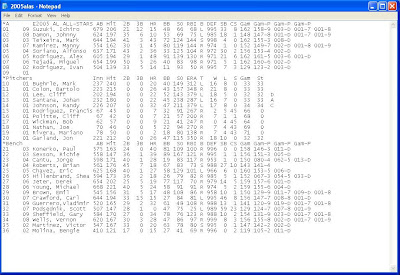 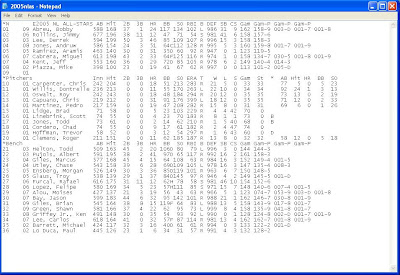 Now that the 2005 All-Star Games are officially over, on Wednesday, I will introduce the 2006 End of Year All-Star teams. I swear I won't take so long this time to get the simulations for games ready for next week.

JayBee Anama
Posted by James B. Anama at 9:30 AM