Thanks to the Topps Card Randomizer, introducing the Random Topps Card of the Day for Wednesday, March 17, 2010: 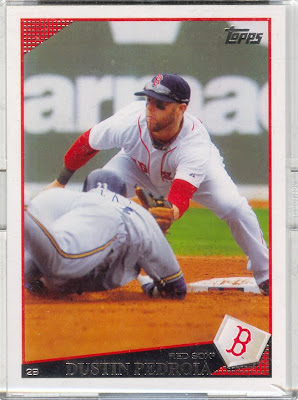 One final note. Now, as you know, Pedroia's card is not the only #350 in the 2009 Topps set. And I would be nuts if I didn't note this little tidbit. As this card was found in 2009 Topps Series 2, Topps included "modern day" legend variation cards in their product, seventeen of them to be in fact. Many of the "legends" had something in common with the player he shares a card number with (whether it's a team affiliation or a position). And Topps paired the legends and the current players appropriately, especially in this case. Because Dustin shares his card #350 with another MVP second baseman, from another historic franchise: Ryne Sandberg. 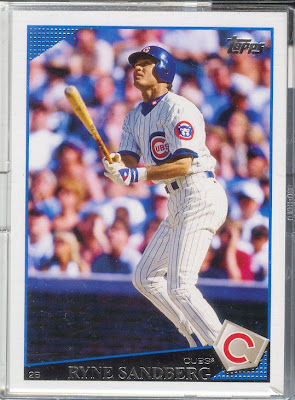 (allow me a minute to geek out...thanks).

These are two great cards from the 2009 topps set. I wrote about this set on my blog http://www.toppsbaseballcardsets.com.Keep up the great work!

I'm going to go with Sandberg for my card of the day. Sorry, Dustin.