Thanks to the Topps Card Randomizer, introducing the Random Topps Card of the Day for Wednesday, March 10, 2010: 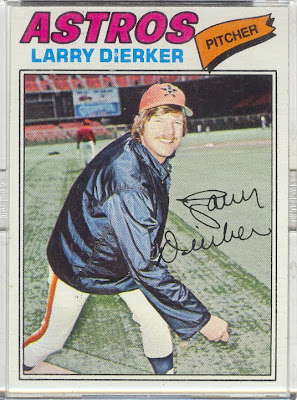 I have a soft spot for this set, as it was the first one I actively collected (at age 8!). I did get my Bobby Valentine copy autographed as well -- he signed it (in blue ink) "Bob Valentine" (abbreviating for space, I suppose) and "Pub of Life" since that was the restaurant in NJ he owned that a friend of my Dad's who got me the autograph lunched at pretty regularly. It is admittedly a bit funny to have the "fake" and "real" autographs on there, but I liked the idea. So I got a pang of nostalgia when they reappeared on 2007 and 2008.