I have finally finished simulating the All-Star Games using my 1990 End of Year All-Star Teams. And the results are pretty surprising.

Just like the first three times, I simulated seven games (six series between starters, and one series where the lineups, starting rotations changed on a daily basis), by playing each one 10,000 times.

So the NL wins the regular series 4 games to 3. For the official All-Star Game, I decided to just simulate one game and one game only. The starting pitchers were Armstrong and Welch and I let them pitch two innings (unless they struggled badly). The rest of the pitchers would get one inning each (unless they struggled badly). The position players were replaced every three innings. No pinch hitters here, (as in previous tries, the pinch hitter is taken out of the game). The DH's (Ron Gant of the NL and Dave Parker of the AL) were never replaced.

The starting lineups, first for the National League (I'm using 1991 Topps cards because these are the cards I used to imagine my All-Star teams): 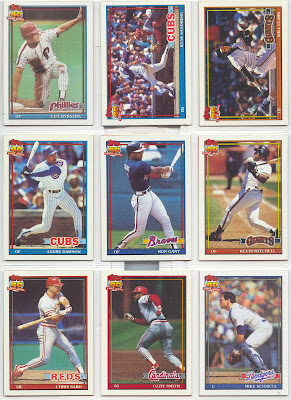 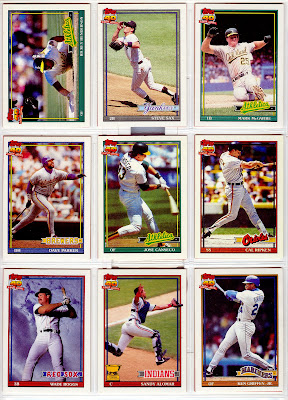 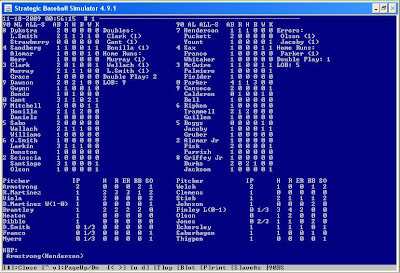 Your starters, Jack Armstrong and Bob Welch. Lonnie Smith is the MVP.
In the actual All-Star game using many of the players who participated in this simulation, the scoring was held to a minimum (helped by the rain). This was not the case in the simulation. If this game actually existed, the MVP would have definitely been Lonnie Smith (1-3, 1 hr, 3 rbi's to put the game away for good). Dennis Martinez earns the win, Chuck Finley suffers the loss, and this is the first simulation that I was able to get all 68 players in the game. 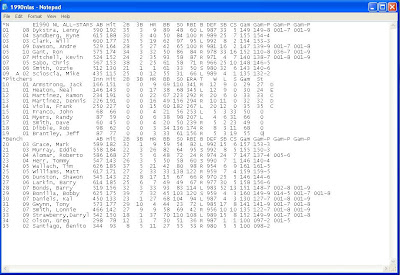 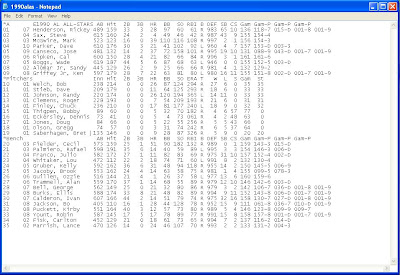 Now that the 1990 All-Star Games are officially over, at noon today, I will introduce the 1991 End of Year All-Star teams. Simulations for games with those rosters to come hopefully by Sunday night.