I have finally finished simulating the All-Star Games using my 1989 End of Year All-Star Teams. I'm getting a whole let better now that I kinda know what I'm doing (I'm sure by the time I'm done, I'll be an expert...wishful thinking).

Just like the first two times I ran these, I simulated seven games (five series between starters, one series with the full rotation but one regular lineup, and one series where the lineups, starting rotations changed on a daily basis), by playing each one 10,000 times.

The first five games I simulated used each starting pitcher on both sides at least once, and all position players started a minimum of two games each. Here are the results:

So the NL wins the regular series 4 games to 3. For the official All-Star Game, I decided to just simulate one game and one game only. The starting pitchers were Stewart and Scott and I let them pitch two innings (unless they struggled badly). The rest of the pitchers would get one inning each (unless they struggled badly). The position players were replaced every three innings. No pinch hitters here, (as in previous tries, the pinch hitter is taken out of the game...I couldn't figure out how to double switch here), but the game did ask me if I wanted to make double switches (to which the response was YES!!!)

The starting lineups, first for the American League (I'm using 1990 Topps cards because these are the cards I used to imagine my All-Star teams): 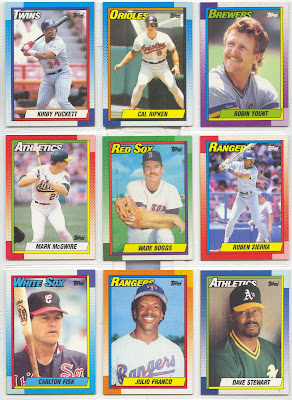 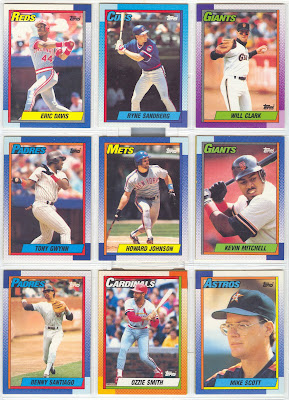 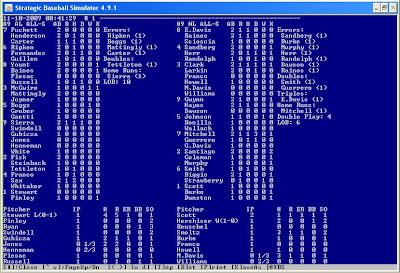 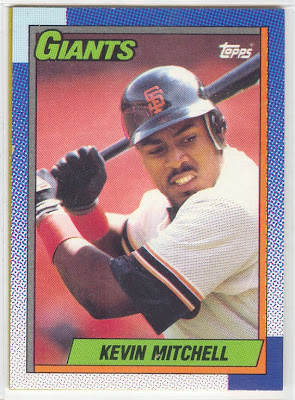 Kevin Mitchell is the MVP, thanks to his 3-run homer in the first.
After the drubbing at the hands of the AL the year before, the NL comes back with a vengeance in this game. If this game actually existed, the MVP would have definitely been Kevin Mitchell (1-2, 1 home run, 3 rbi's). Orel Hershiser earns the win, Dave Stewart suffers the loss, and the only players who didn't get in the game were pitchers Bobby Thigpen from the AL and Joe Magrane from the NL.
If you want to see the .DAT files that I used (I still don't know how to download these onto the blog , so please just take a look at the screen caps below). If anyone can e-mail me instructions, please do so at bdj610@hotmail.com. Below is the AL .DAT file, then the NL .DAT file: 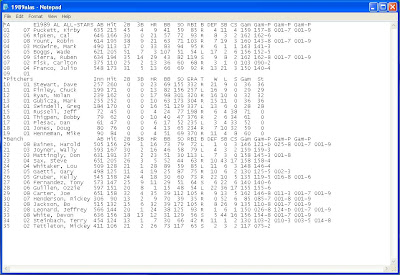 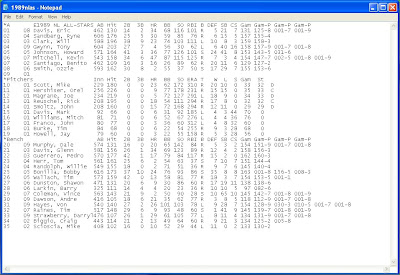 Now that the 1989 All-Star Games are officially over, on Wednesday, I will introduce the 1990 End of Year All-Star teams. Simulations for games with those rosters to come hopefully by Sunday night.