I have finally finished simulating the All-Star Games using my 1988 End of Year All-Star Teams. Now that I have enough practice with it, using the SBS has been so much fun. And I didn't even get that "Error: Box Score 70" that plagued me the last time.

Just like the last round using the '87 teams, I simulated seven games (six series between starters and one series where the lineups, starting rotations changed on a daily basis), by playing each one 10,000 times.

So the AL beats (in dominating fashion in some cases) the NL 5 to 2 in the regular series. For the official All-Star Game, I decided to just simulate one game and one game only. The starting pitchers were Hershiser and Viola and I let them pitch two innings. The rest of the pitchers would get one inning each (unless they struggled badly). The position players were replaced every three innings. No pinch hitters here, (as in previous tries, the pinch hitter is taken out of the game...I couldn't figure out how to double switch here). The DH's (Dale Murphy of the NL and Harold Baines of the AL) were never replaced.

The starting lineups, first for the National League (I'm using 1989 Topps cards because these are the cards I used to imagine my All-Star teams when not using the Topps sticker backs): 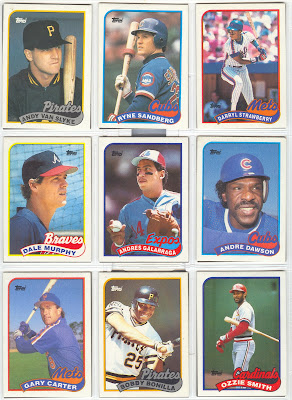 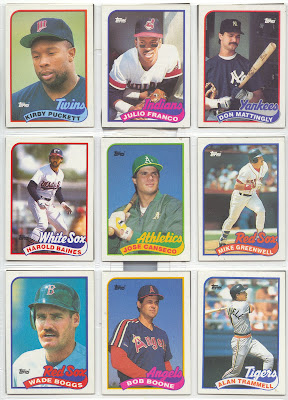 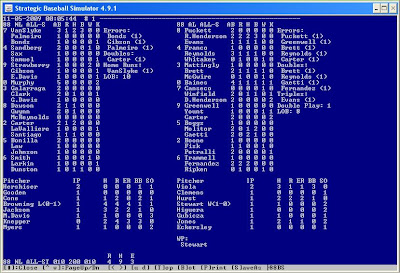 Your starters, Orel Hershiser and Frank Viola. Rickey Henderson is the MVP.
Compared to the 1987 simulation, this was a blowout of epic proportions, not helped by Bob Knepper's collapse in the 8th (which may somewhat coincide with the 7,238 wins the AL got when he started 10,000 games). If this game actually existed, the MVP would have definitely been Rickey Henderson (2-2, 3 rbi's). Dave Stewart earns the win, Tom Browning suffers the loss, and the only players who didn't get in the game were relievers John Franco from the NL and Jeff Reardon from the AL. 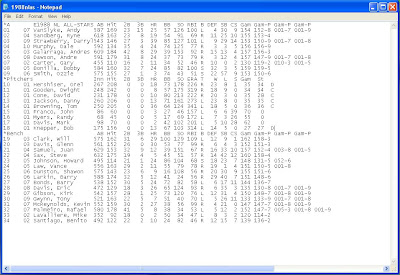 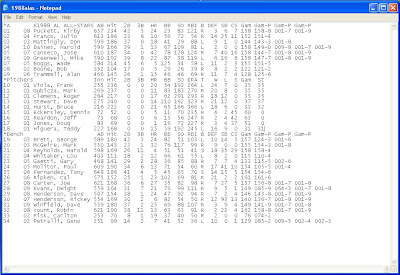 Now that the 1988 All-Star Games are officially over, on Friday, I will introduce the 1989 End of Year All-Star teams. Simulations to come hopefully by Sunday night.

Every way you look at it the AL is stronger than the NL. To spice up baseball they should allow the team with the best record in the NL to move to the AL and the worst one moves to the NL.