The SP Floodgates Have Now Opened!!!

Funny thing about that friend of the blog, and all around good guy, tdlindgren. I recently happened upon a comment he left a while back asking if this years Updates and Highlights would include more SP's of players already honored, but in different uniforms, like Babe Ruth in a Boston Braves uni or Ryne Sandberg in a Phillies uniform.

Another friend of the blog, The Drizz, commented that 2009 Topps U & H cards are showing up on eBay, especially the SP cards. So I took a look. Needless to say, and if you've been collecting these as I have, we have our work cut out for us.

Enclosed are some scans from an eBayer who must have opened tons and tons of product, as he has on auction almost every card imaginable, including 25 SP cards. Many subjects have already appeared in either series 1 or 2, and there are new players added to the mix. However, there are some players on the checklist below that might appear in more than one uniform, meaning that there could be more than one SP card for a player. What you are about to see below should be the final list: 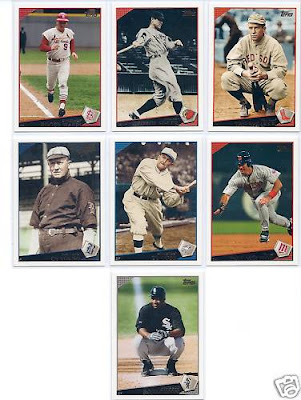 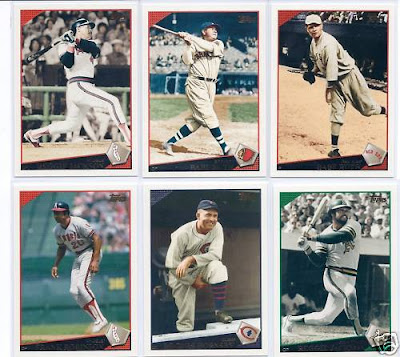 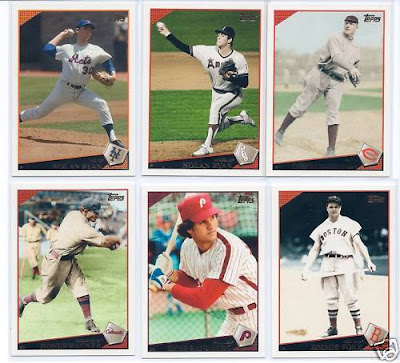 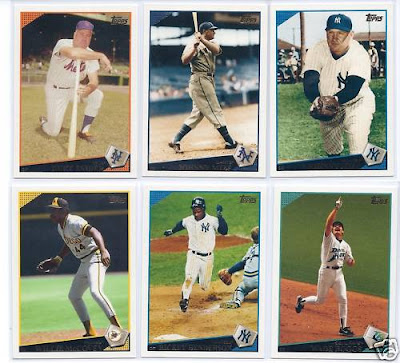 In alphabetical order (because I don't have the official card numbers yet), and after perusing eBay's listings again, the checklist seems to be:

For the rest of us who plan on going after this set one card at a time, you have your assignments...

Let's get to work. And remember, if you find any of these short printed cards, and would like to find them a good home, please e-mail bdj610@hotmail.com and let me know what you have. Thanks.

I know it can be a pain to get all of the SP's, but they really look good and kudos for Topps for doing updates of these legends! Babe Ruth in a Braves uniform! How cool is that? Christy Matthewson pitched one game for the Reds and they included him as well! I say, way to go Topps!

Like in Series 1 and 2, I'll just get a few select ones. I'm planning on going after both Ruth's, both Ryan's, Cobb and Frank Robinson.

Thanks for the pub JayBee and good luck in your pursuit!

Personally, I ain't got time for this.

and I ain't got the money for this.

Thanks for the heads up. I will be fun finishing this set. Still need 5 more from Series 1 & 2. Topps did a great job with this set.