The Season Isn't Over...

Thanks to both the Chicago White Sox and the Kansas City Royals, the 2009 MLB regular season is not yet over.

While 21 teams are done for the year, and 7 teams are gearing up for the postseason, the Detroit Tigers, (70-61 on September 1, 16-15 since) , and the Minnesota Twins (67-65 on September 1, 19-11 since), will now have to play a 163rd game to decide who will win the division. This is the second year in a row that the AL Central has to be decided with game 163 (last year, if you recall, the White Sox had to play the Indians, Tigers, and Twins in succession to win the division).

As the Twins won the coin flip if this match up had to be made, the final regular season game at the HHH Metrodome was not today, but on Tuesday, October 6. Whoever wins gets to dubious task of facing the New York Yankees in the AL Divisional Playoffs. 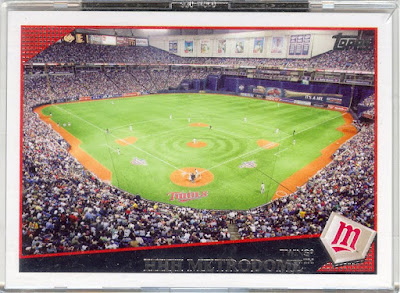 Quick facts about the HHH Metrodome:

So much is at stake here. The Tigers had a 3.5 game lead over the Twins heading into September, and had led the division for most of the year. To lose it now would be a blow to Detroit. The Twins, on the other hand, would like nothing more than to end the Tigers season and get back into the postseason for the first time since 2006.

May the best team win. Good luck to both.
Sincerely,

Great post. I'm at the ground now - the atmosphere is electric. Can't wait for it to start!