Congratulations to the Newest Members of Baseball's Hall of Fame 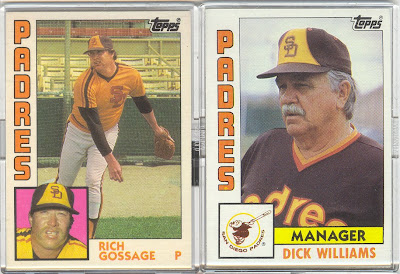 Congratulations to Rich Gossage and Dick Williams, two of the newest members of Baseball's Hall of Fame
Today, six men were formally inducted into Baseball's Hall of Fame. Among them were Bowie Kuhn, MLB's Commisioner from 1969 to 1984; Walter O'Malley, owner of the Brooklyn/Los Angeles Dodgers; Barney Dreyfuss, owner of the Pittsburgh Pirates; and Billy Southworth, manager for the St. Louis Cardinals and Boston Braves. 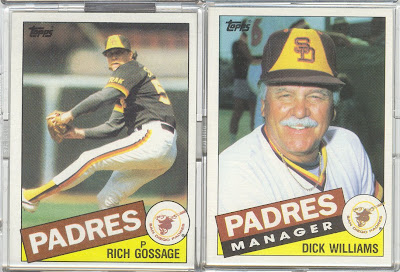 Rich "Goose" Gossage, after eight years of waiting, finally got the call that he was voted in by the BBWAA. Dick Williams, along with the four gentlemen listed above, were voted in by a revamped Veterans' Committee. In the two years that they were together, Dick Williams led the San Diego Padres to 175-149 record and a National League pennant in 1984. Gossage had 15 of those wins, along with 51 saves. and was an All-Star both years.

Both men found incredible success with other teams of course, Gossage with the Yankees in the late 70's and Williams as manager of the Oakland A's in the early part of the decade. And although both men are going in with different logos on their cap, today was a celebration of that two year period, when a manager and his star closer went into Cooperstown together as Hall of Famers. Somewhere on stage, as both men gave their induction speeches, Tony Gwynn was grinning from ear to ear, seeing his teammate and former skipper on stage.

It was truly a great day to be a San Diego Padres fan. 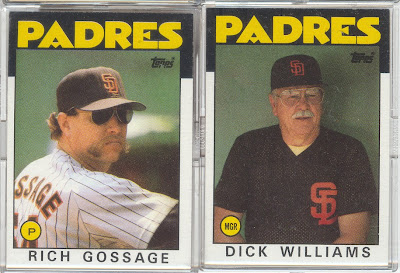 Are you a Padres fan?