After months of waiting, my 2008 Topps Red Hot Rookie Collin Balester #19 card finally arrived. The card, contrary to what the scan looks like below, really does look cool. After initially thinking about trading it, I think I'll hold on to it for now...that is unless someone has one of the SP cards I still need.

So in any event, redeeming one of these... 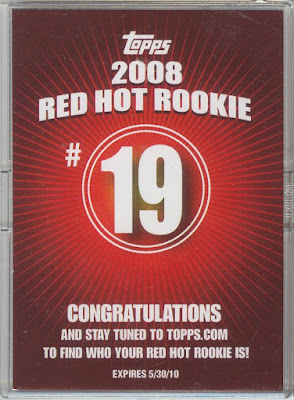 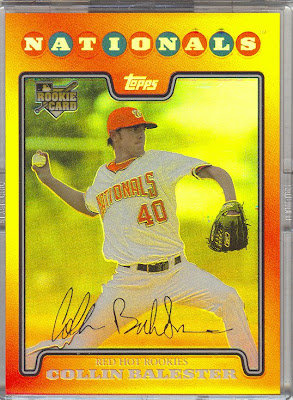 Forgive the picture, the card is a refractor after all. Nice shade of red (which you can't tell by the scan), and even though it's of a Nationals' pitcher, supposedly, he's one to keep an eye out for in 2009. Here's hoping, especially since Opening Day is in less than FIVE DAYS!!!

JayBee Anama
Posted by James B. Anama at 3:49 AM