I have finally finished simulating the All-Star Games using my 2007 End of Year All-Star Teams. And let me tell you, if there was one game that I would have wanted to do a second simulation on, it would have been this one. Why??? Because it was probably the most boring 1-0 game that I've ever witnessed, simulated or live. No home runs, eight hits total, the one run scored because he had reached second on an error the previous play before. It was mostly "one-two-three" and gone on both sides (with the occasional walk just to spice things up). Even fans of close ballgames would have wanted their money back. And to show how bad the game was, the setting I used was Yankee Stadium, and Derek Jeter, Alex Rodriguez, and Jorge Posada, all Yankees, and all starters in this game, all struck out when it was their turn to bat (0-4 combined, 4 K's). But I'm not going to re-simulate the game, and I haven't even told you who won yet.

Looking over recent ASG simulation results, the NL has won the last four seven-game series, and the last two ASG simulations. Will the AL finally break through??? Keep on reading.

The first six games I simulated used each starting pitcher on both sides at least once, and all position players started a minimum of two games each. Due to my stupidity, I forgot that the AL had home field. While I didn't forget this fact for the ASG, I did forget it when I ran the seven-game simulations. So in this case, the NL hosted four games. I apologize. Here are the results:

If you noticed, the "home team" won each of the seven games in the series. I think if I actually did this correctly, the AL would have won 4-3. But that's neither here nor there, and I'm not about to re-do all 7 simulations. The National League wins the series 4-3, and the ever important "anything goes" series. It's the NL's fifth straight series win, and they now have a commanding 12-9 lead in the seven game series. The NL also has a1 11-9 lead in the one-game ASG. Will the NL win their third straight ASG, or is this the time for the AL to break through?

For the official All-Star Game, I decided to just simulate one game and one game only. The starting pitchers were Peavy and Beckett and I let them pitch two innings (unless they struggled badly). The rest of the pitchers would get one inning each (unless they struggled badly). The position players were replaced every three innings. No pinch hitters here, (as in previous tries, the pinch hitter is taken out of the game). The DH's (Albert Pujols of the NL and David Ortiz of the AL) were never replaced.

The starting lineups, first for the National League (I'm using 2008 Topps cards because these are the cards I used to represent the players on my All-Star teams): 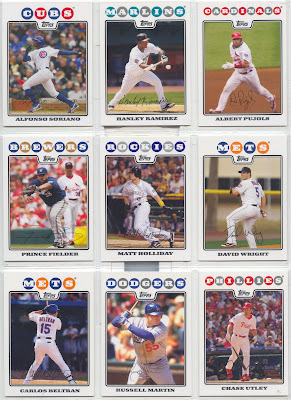 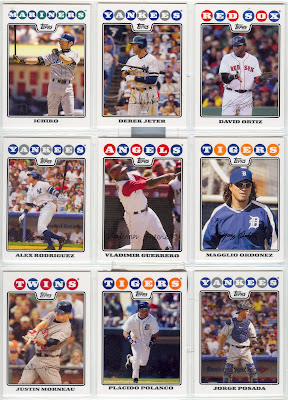 The 2008 AL All-Stars beat the 2008 NL All-Stars by a final score of 1-0 in a very evenly matched, pitching dominated, game. Both pitching staffs were dominant. Maybe a bit too dominant. 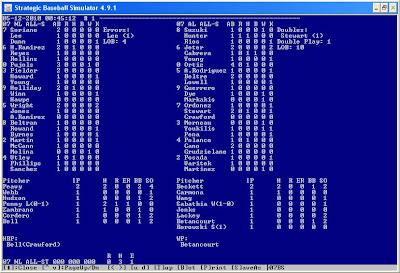 Your starters, Jake Peavy and Josh Beckett. Torii Hunter is the MVP.
If this game actually existed, the MVP award (and somebody had to win it) would have gone to Torii Hunter (1-1, daring baserunning that led to the only run of the game). C. C. Sabathia takes the win , Brad Penny suffers the loss, Joe Borowski picks up the save, and the only players who didn't get in the game were pitchers Jeff Francis, Trevor Hoffman, Takashi Saito, & Jose Valverde of the NL and Scott Kazmir, J. J. Putz, & Francisco Rodriguez from the AL. Even with the AL winning this battle, the NL still has an 11-10 edge in the ASG simulation. 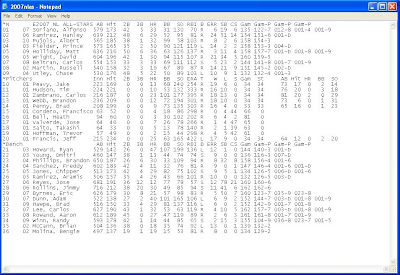 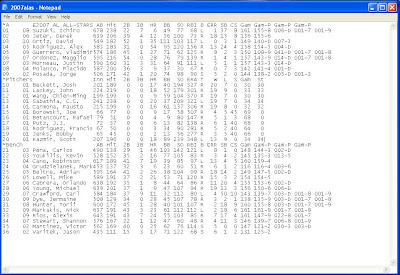 Now that the 2007 All-Star Games are officially over, at 9:00 AM CST on Thursday, I will re-introduce the 2008 End of Year All-Star teams. Simulations for games with those rosters to come hopefully by Sunday night.