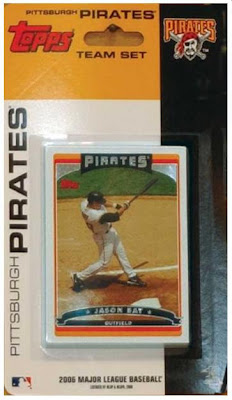 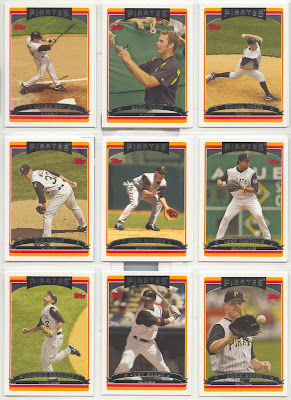 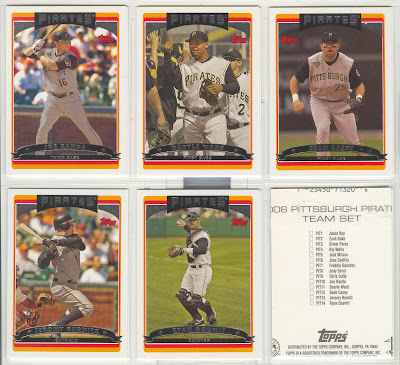 Key differences between the team set and 2006 Topps eponymous set:

I have to disclose that Daryle Ward signed with the Nationals as a Free Agent in January 2006 and was traded to the Braves at the end of August. So why is it that Topps managed to get a picture of him in a Braves jersey, but nothing with the Nationals??! And shouldn't this have meant that Ward should have been included in the Nationals' team set?  They certainly had enough time to get him in there.  The funny thing is that it looks like the same picture that was used in the 2006 Topps U&H set was also used for the 2007 Topps set...but this time he's in a Cubs jersey.

Next week's featured set will be the 2012 St. Louis Cardinals. Hope you'll be here when we compare the cards from the retail set to their counterparts found in Topps and Topps Update Series.

Email ThisBlogThis!Share to TwitterShare to FacebookShare to Pinterest
Labels: 2006, retail set of the week, topps, updates and highlights