The Philippines in the World Baseball Classic? It Could Happen!!!

Okay, it's a long shot, and they are just in the qualifying bracket with a powerful (and heavily favored) Chinese Taipei team.

But the Philippines made their debut today against Thailand (and Johnny Damon is on the team) and beat them soundly 8-1.

If you can't see the video link here, just click on this link:

Qualifying rounds took place back in September, with Canada and Spain winning their brackets to advance to the field of 16.  Chinese Taipei won their game over New Zealand 10-0, so it will be the Philippines vs. Chinese Taipei in the final play-in game while Thailand and New Zealand battle to avoid elimination.

I honestly don't know how far these guys are going to go.  But that doesn't matter.

I just want a hat.  Too bad there aren't any t-shirts, jackets, jerseys, etc. 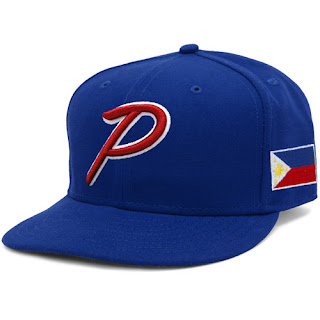 JayBee Anama
Posted by James B. Anama at 4:56 PM

Awesome, let me know if you find somewhere that sells their cap!