Thanks to the Topps Card Randomizer, introducing the Random Topps Card of the Day for Friday, November 30, 2012: 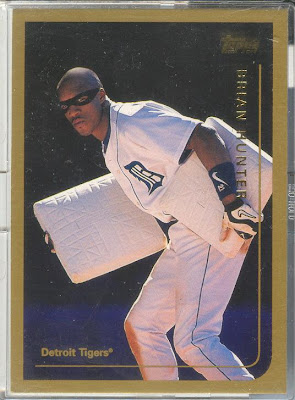 Tomorrow's card will be: 1999 Topps Traded and Rookies #T19. Post will arrive at 1:00 PM CST. Flash back with the blog tomorrow.

I remember to this day, all the Hamburglar(sp?) jokes that floated around when this card came out...