Thanks to the Topps Card Randomizer, introducing the Random Topps Card of the Day for Tuesday, May 11, 2010: 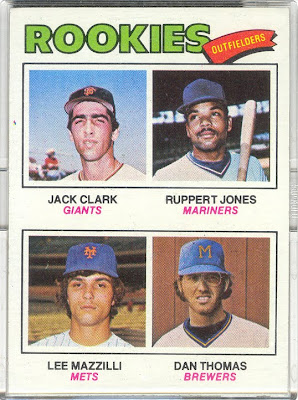 Because the Mariners and Blue Jays were expansion teams, I don't think Topps had any "real" uniform pictures to use by the time the 1977 set went to press (except for maybe the coaches on the team card, but I'm not sure). Some of those "paintoshop" unis are pretty hilarious. . .