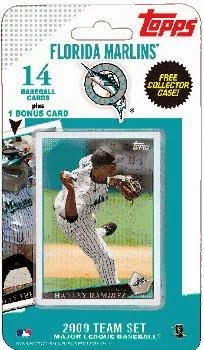 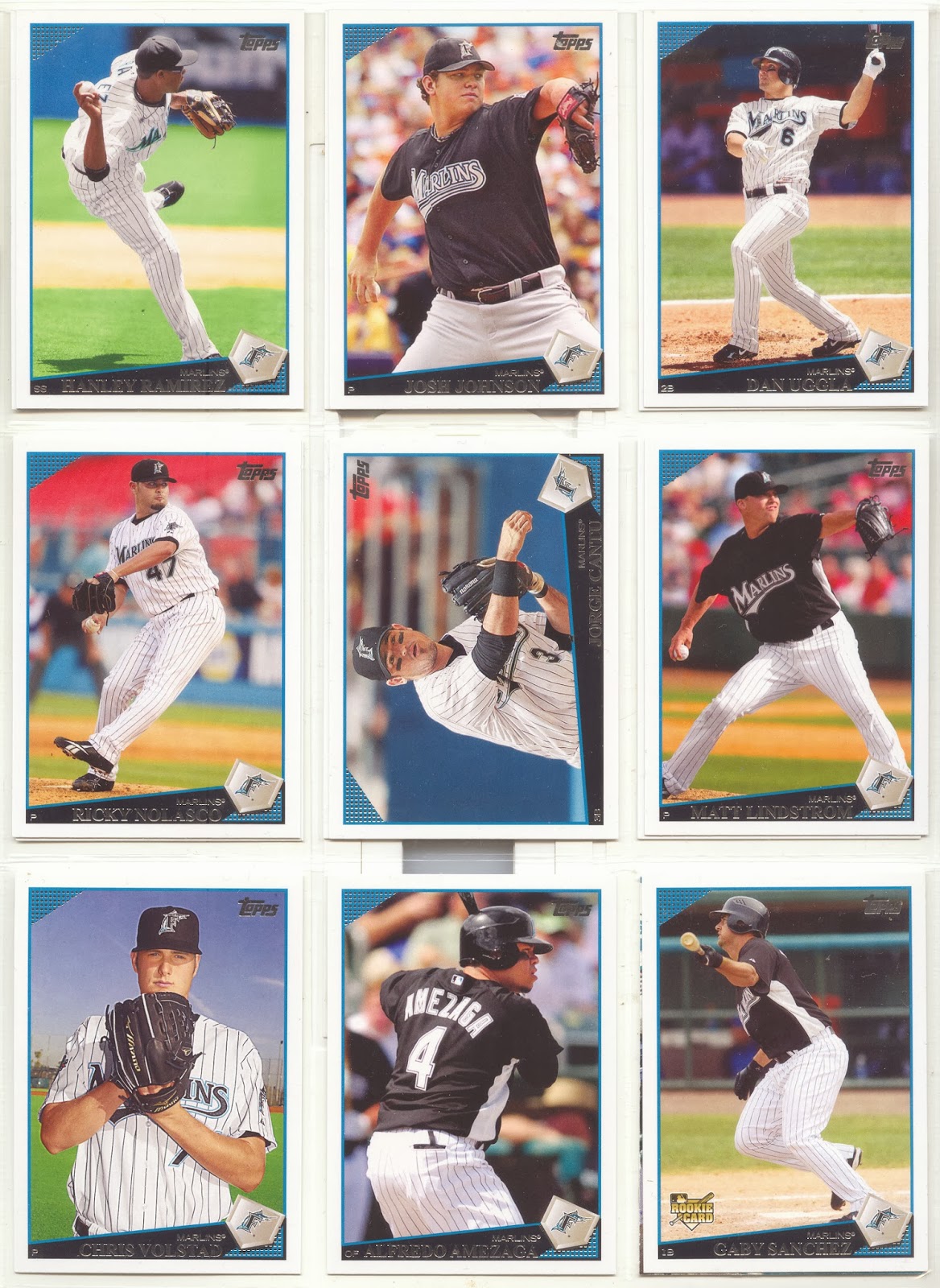 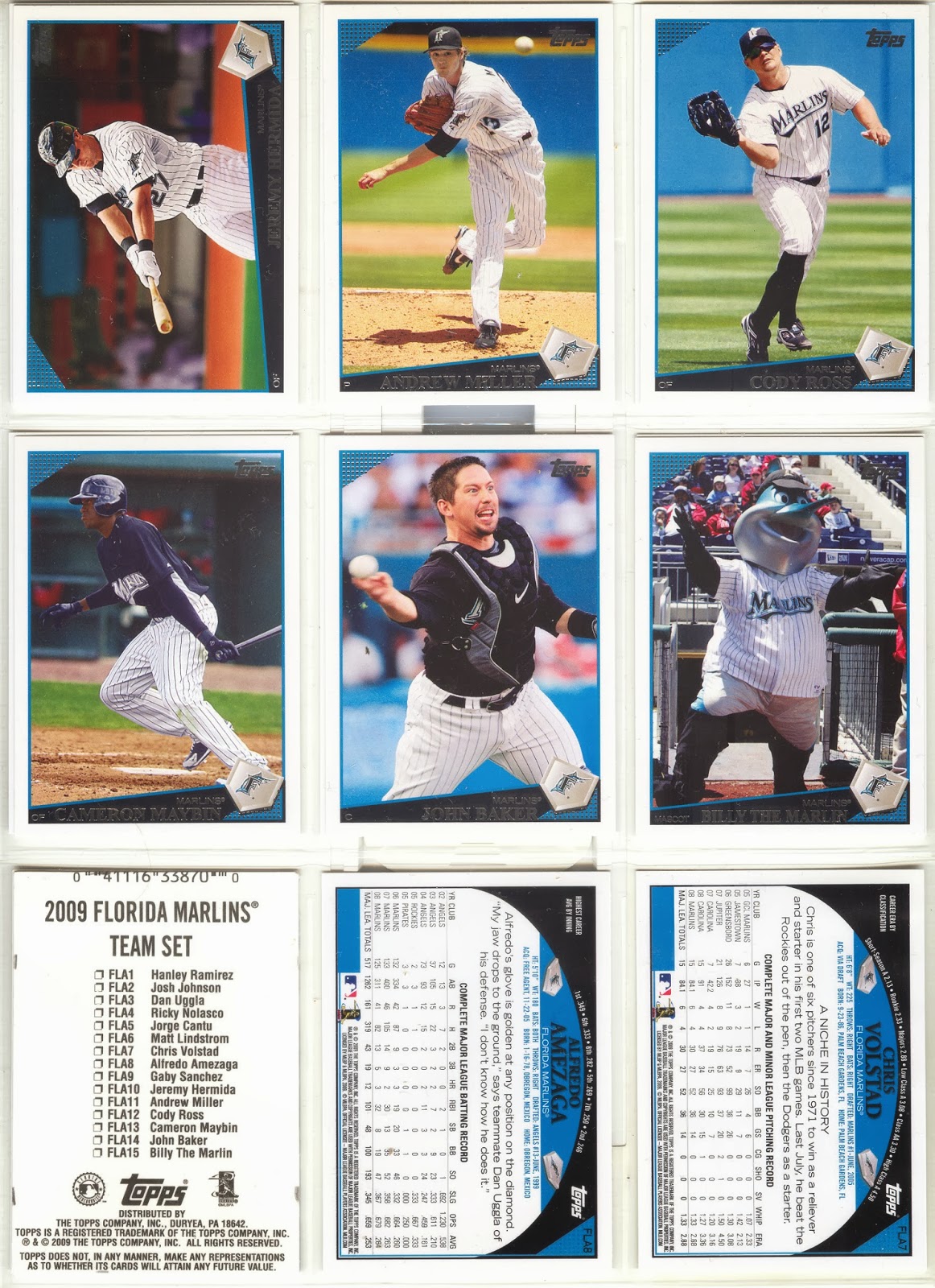 For Marlins fans, this was an excellent set to purchase if you like variations. Of the 14 players included in this set, 7 players have different pictures on the retail set compared to the base set, and none were of the same-photo-different-cropping variety. And of course, any product with Billy the Marlin had to be a bonus, right?

Next week's featured set will be the 2008 Chicago Cubs. Hope you'll be here when we compare the cards from the retail set to their counterparts found in Topps and Topps Updates and Highlights sets.

Email ThisBlogThis!Share to TwitterShare to FacebookShare to Pinterest
Labels: 2009, retail set of the week, topps, updates and highlights