Thanks to the Topps Card Randomizer, introducing the Random Topps Card of the Day for Tuesday, October 2, 2012: 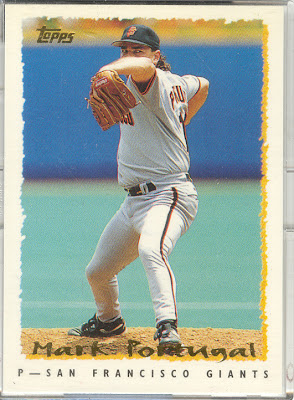 Hi there.
Just got his 1991 Fleer card other day and found it really funny his last name being my country. I just couldn't find any info if he really has some connection to Portugal besides the name.
But only for that I started collecting his cards.