I made some changes to the Topps Card Randomizer to include the retail Team Sets that Topps put to market since 2006. As of 2012, the seventh year Topps has sold these 14, then 15, then 17-card team sets, there have been 214 different team sets produced (including 2 pairs of All-Star sets since 2011). And I have

Every week, this humble, little blog, will pay homage to one of these packaged team sets. There will be comparisons between the cards in this set and the base cards found in the eponymous Topps sets. In a large number of cases, there will be variations to discuss and fun things to compare.

So without further ado, here is the first team set to be featured in this new segment: Random Topps Team Set of the Week: 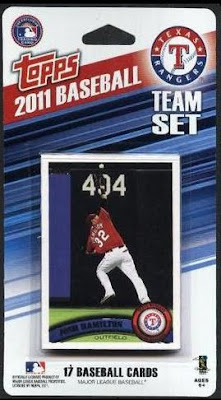 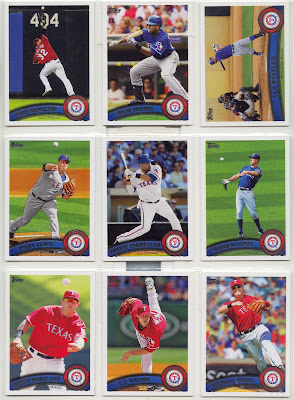 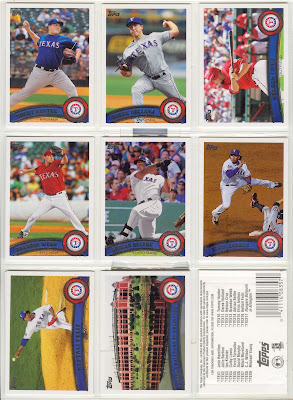 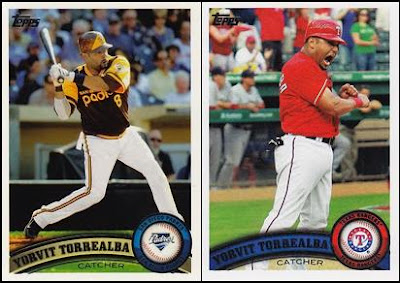 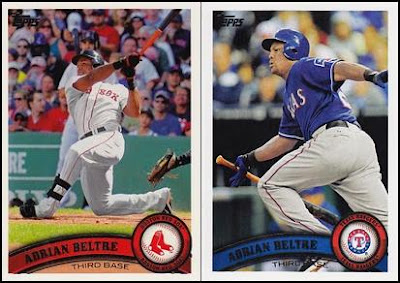 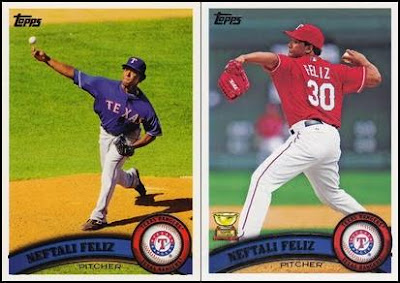 We could play "If This is His Topps Card, What Card is This?" all day long with this set as six of the sixteen players have different cards found exclusively in this team set. Admittedly, Colby Lewis' card in the retail set uses the same picture; but for some reason, compared to his base card, his retail card appears to have shifted slightly to the right and his right foot just touches the border of the card.

Next week's featured set will be the 2011 Philadelphia Phillies. Hope you'll be here when we compare the cards from the retail set to their counterparts found in Topps and Topps Update Series.

Really looking forward to this new series. Keep up the great work!