(To those affected by the effects of Hurricane Sandy, my family and I send our prayers out to you.)

Thanks to the Topps Card Randomizer, introducing the Random Topps Card of the Day for Tuesday, October 30, 2012: 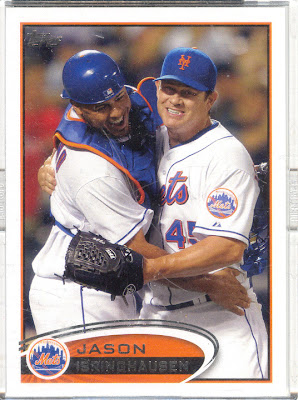