Look at What I Finally Found!!!

After daily trips to the local big box store and finding nothing all week, a trip to another store further into the city on Sunday morning netted me this: 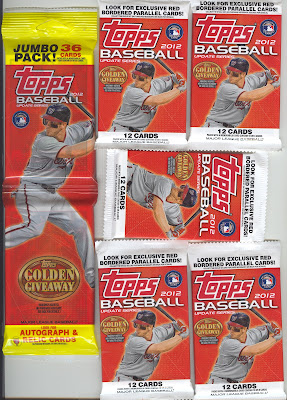 Double what you see in the picture above here, and that is what I purchased the other day.  All 10 packs and two jumbo packs have been opened.  Highlights?  Besides all the base cards, I have:

All cards above are up for trade.  If anybody is interested, please feel free to contact me.

JayBee Anama
Posted by James B. Anama at 1:30 PM

I just redeemed a St Louis Bob Gibson. I will send it your way.