Thanks to the Topps Card Randomizer, introducing the Random Topps Card of the Day for Friday, October 26, 2012: 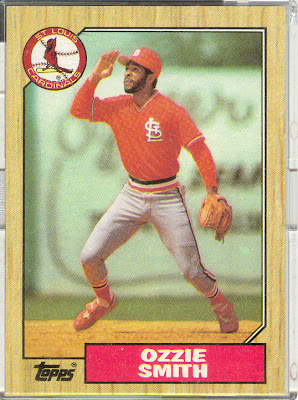 I got started on 1987 Topps, too. In fact, this was one of the cards in my first-ever pack, along with some others that come to mind:

Whenever I sort through 87 Topps, those cards jump out at me like you wouldn't believe.