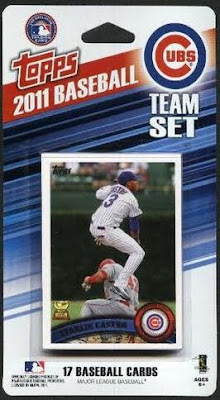 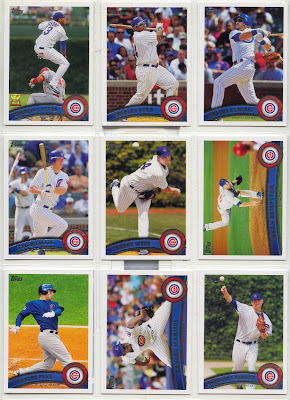 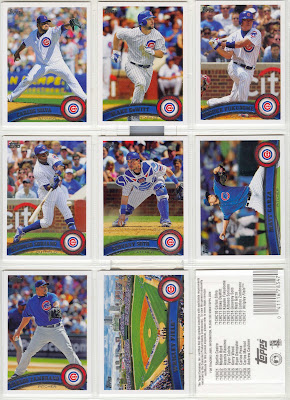 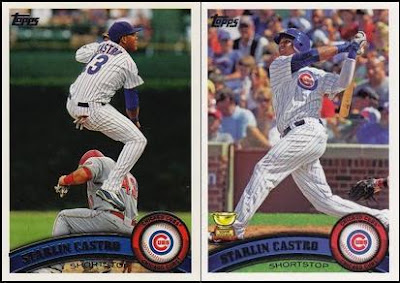 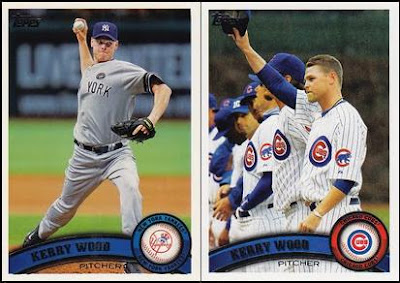 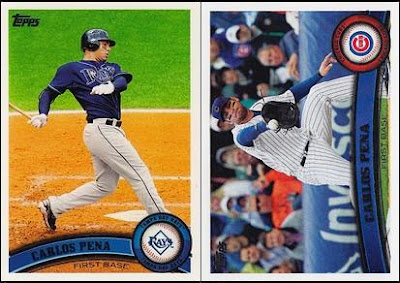 So of the 17 players included in this set, only four had obvious picture variances, and two of them were because they played for another team.  They were both included as Cubs in the Update Series though.  So the photoshopped images that were included in the retail set are unique to that set.

Next week's featured set will be the 2011 Pittsburgh Pirates. Hope you'll be here when we compare the cards from the retail set to their counterparts found in Topps and Topps Update Series.