Thanks to the Topps Card Randomizer, introducing the Random Topps Card of the Day for Saturday, November 10, 2012: 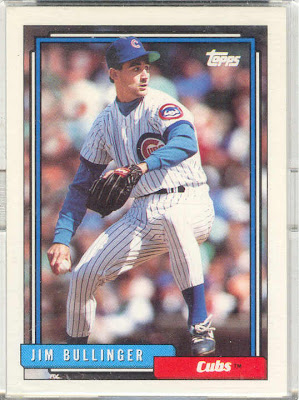 Jim was a Card of the Day for me as well a couple of years ago. His 1996 Stadium Club #53 is one of my all-time favorites,
http://canthavetoomanycards.blogspot.com/2010/01/card-of-day_30.html

Both of those cards are great!

Love the 1992 set except for the dreary looking stadium shots on the back of the cards.