Thanks to the Topps Card Randomizer, introducing the Random Topps Card of the Day for Friday, November 23, 2012: 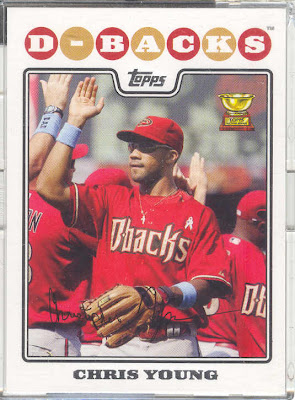 Tomorrow's card will be: 2008 Topps Updates and Highlights #UH219. Post will arrive at 1:00 PM CST. Flash back with the blog tomorrow.

I hate to break this to you, but I believe Chris Young is no longer the dean of the D-Backs. They traded him to Oakland back in October. I guess that honor goes to Justin Upton now?