The year 2015 is now ten hours young in Chicago. Last night, my family and I were at a New Year's Eve party hosted by the family of one of my daughter's long-time friends. They're really nice people, and the food was rather good. It wasn't a sit-down dinner, but there were enough appetizers and Ramen noodles (which was our contribution to the party) to satisfy everybody. Conversation ranged from...let's see:
While there was no sports talk whatsoever, I did keep to my phone, watching former Bull and current Pelican Omer Asik inadvertently tip the ball into his own basket, sending the New Orleans/San Antonio Spurs game into overtime. Baseball, hey, everyone is now 0-0, and while a few players are looking for the right team and contract, many are ready to go. I'm looking forward to the 2015 season, but more importantly, I want to know who's going into the Hall of Fame. I'll get to that in a later post.

But seeing as it's now 2015, it's time for me to put away the 2014 cards and binders, and prepare for the upcoming baseball card season. Now we all know what the cards are going to look like. I really can't wait to see these cards up close. The design is totally unique, with curved lines everywhere, and the circle pattern that encompasses the team logo. Yes, the logo is once again on the bottom right corner, just as it has been in every odd-year since 2009, but that doesn't detract from the overall beauty of the design.

Now, about the blog.

Just as I had worried about last year, I didn't spend as much time on this humble, little blog as I would have liked. Learning a new job does that to a person. But it's been a year now, and while there is still so much to learn, I have a better handle on the job responsibilities now than I did when I first started. I am hoping that means I can devote some time to other endeavors, like, the Hobby!!! I'm hoping that I can spend a bit more time on the blog, and not leave it to obscurity just yet.

One of my goals for 2015, besides completing the eponymous Topps set, is to go to a card show in Rosemont. I didn't go to any major card shows this year. This is the first time since moving up the street from the Convention Center. I am going to make sure that it will be the last time too. Even if I don't buy any cards at these large events, I just want to take in the atmosphere and see what's being sold. 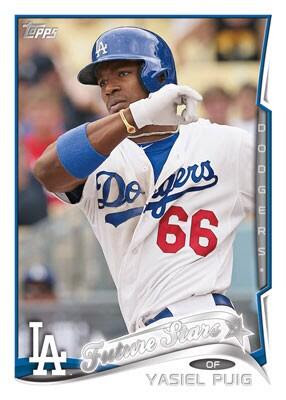 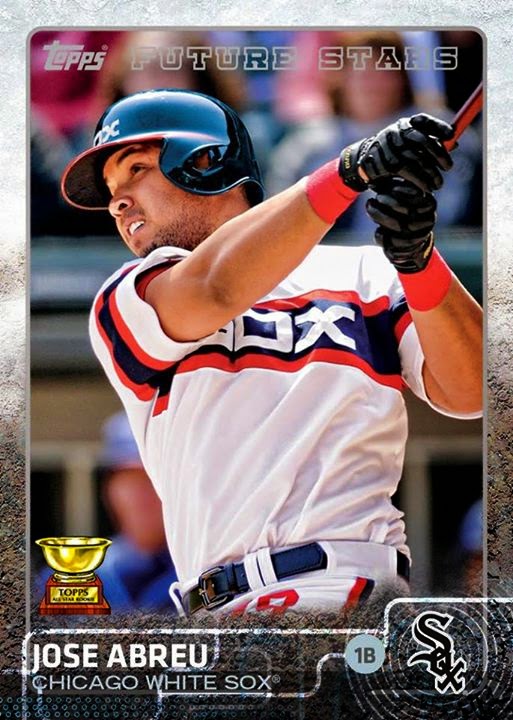 May all your collections grow to new heights. Let's hope Topps makes it a bit easier on us insane set collectors (they probably won't but it's nice to dream.) Thank you for letting me into your computers this past year. I hope to be able to share more of my collection with you in 2015!!!

I do not know where this next journey will take me. All I know is that I am going to enjoy the ride. Let's make it a good one. Join me, will you?

Maybe use 'flagship' or 'base' instead of 'eponymous' since 'eponymous' doesn't really mean unnamed. Examples of eponyms include 'Rosanne' TV show, named after Rosanne Barr, or the first Van Halen album, named after the band Van Halen.