Desmond and Stanton out of the ASG, Bourn and Harper Named Replacements. 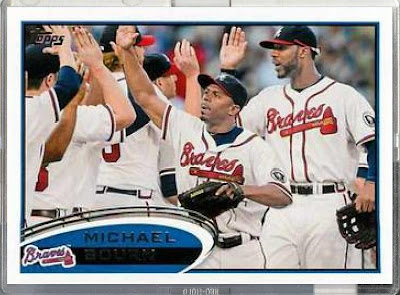 Ian Desmond has been battling an oblique strain and will not be participating at the All-Star Game.  In his place, Tony LaRussa added Michael Bourn of the Atlanta Braves to the 34-man roster.

This is Bourn's second All-Star Game appearance, and his first with the Braves.  He joins the team with fellow Braves teammates Dan Uggla, Chipper Jones, and Craig Kimbrell. 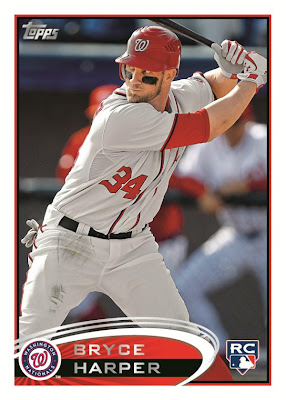 In the meantime, as one National has to be removed from the NL roster, another one has been tabbed to participate in the Midsummer Classic.

Giancarlo "Don't Call Me Mike" Stanton is now out of the ASG with a knee injury that will keep him out of playing for four to six weeks. So what does manager LaRussa do?

Bryce Harper...yes THAT BRYCE HARPER...was named as Giancarlo's replacement on the roster. The nineteen-year old now becomes the youngest position player ever to participate in an All-Star Game (Dwight Gooden and Bob Feller, both pitchers, were younger than Harper at the time of their selections). So now the circle is complete. Both he and fellow phenom Stephen Strasburg now make the first of (what people are hoping for anyway) many All-Star Game appearances for the Nationals. Harper will also see fellow Nat Gio Gonzalez in KC.

More roster moves to come. Sunday's starters include Mariners ace Felix Hernandez.  I heard flying rumors that the Sunday rule may no longer really be in effect.  We shall wait and see.

JayBee Anama
Posted by James B. Anama at 8:19 PM

Hey, do a blog about which players were all-stars who had 2012 Topps baseball cards - just asking